Yes, There Are Election Integrity Problems in Nassau County, FL, Too 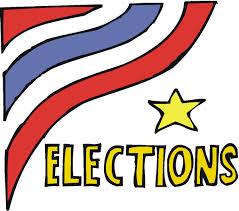 I have concerns right here in Nassau County about our election process.

Here in FL we have ERIC voting software which shares personal data of voters (Social Security # etc) with other participating member states without voters’ knowledge or permission. Many are not aware of this.

Our voter rolls in Nassau County are far from being up-to-date as evidenced by >3,700 questionable voter registrations which are currently being challenged.

We have supervised voting that is being proposed to be held beginning early August prior to the early voting period of August 10-20 in Nassau County in assisted living and nursing homes. Yet despite repeated requests we have yet neither received a full list of the assisted living and nursing homes that have requested supervised voting, nor a specific scheduled date for voting at each facility.  Supervised voting is a particularly potentially vulnerable population and other than the two person team of election workers the SOE is planning to use at each facility, we need to have volunteer poll watchers at each, since there will be NO video surveillance there.

When I asked our SOE (county Supervisor of Elections) about having video surveillance at these sites, she said she was not required to do so and that there would be an election worker posted at each drop box location all day. The boxes are inside buildings, implying there was no need for such surveillance. She went on to quote the following in an email to me:

“Secure ballot intake stations will be located inside the early voting sites to ensure compliance with FS 101.69.  Each secure intake station will be monitored in person by an election worker.

FS 102.031 prohibits photography inside a polling location, except for photographing one’s own ballot.”

My personal opinion is that I do not interpret photography to be the same as recorded video surveillance. However, more importantly is that by locating the drop boxes at polling locations, it seems to negate the requirement for video surveillance at these locations.

Editor’s note: We asked Nassau County Supervisor of Elections Janet Adkins about some of the issues above and she told us:

Use of the ERIC system is mandated by the state legislature and is out of her hands. When I asked about the privacy issue brought up by Ms. Kerry, Ms. Adkins suggested that I contact the Secretary of State about that and the decision to utilize ERIC.

She never received a list of the 3700 names, but was given a list of 50, analyzed the first approx. 20, all of which she said were correct in department files, either being already classified ineligible or were military.

She ran out of time after that and asked me to send additional questions. We do thank Supervisor Adkins for taking he time to answer some of these questions in the midst of an election season going into high gear. Ballots were recently sent to the printer. Military ballots must very shortly be mailed, followed by general mail-in ballots by July 14, then early voting August 10-20, and of course the primary on August 23, then the general election in November, then counting, reconciliation, certification and endless questions from pesky reporters and the public.

We also asked the author, Sandy Kerry, about the challenge of the 3700 voter registrations. She replied that True the Vote lists and criteria were used and that duplicate registrations found anywhere in the nation was one of the main selection points.. She said the info that Adkins initially showed her did not show the military designations, nor did the True the Vote lists. She added that Scott from IT went out of the room to check this somewhere else.

Regarding the supervised voting, Ms. Kerry is still trying to get the final schedule, so that she can provide independent election observers, which is allowed for under FL state law.

Finally, on the ballot drop boxes, she marveled that they would be placed specifically where video surveillance couldn’t be done by law- at polling places. She believes that would be more effective than trying to use polling place employees to watch the boxes.

Get Citizens Journal Bulletins Free!
Donate to Keep Us Publishing!
Share
Facebook
Twitter
Pinterest
WhatsApp
Previous articleNassau County School Board Candidate Left Out in the Cold Due To Confusion Over Redistricting Map
Next articleCan the LGBTQ+ Community Safely Vote?