Why is the December 13 Fernandina City Commission Runoff Election So Important? 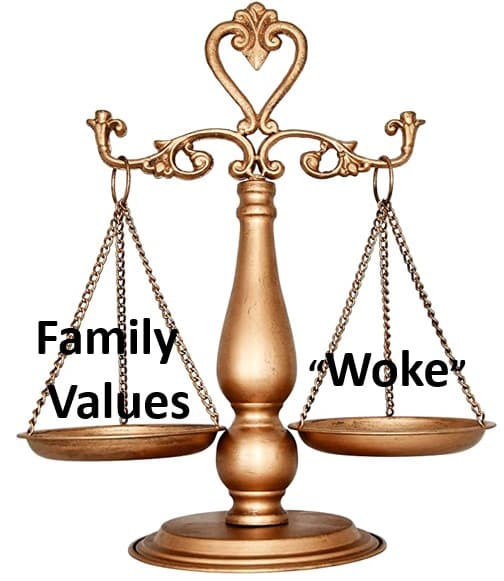 While writing this, I saw a copy of the “News-Leader” publication, featuring a nearly hysterical article about local “political acrimony,” by reporter Julia Roberts. It decried what it said were record levels of campaign acrimony, described by public speakers “nearly in tears” at this week’s City Commission meeting. Nowhere does it even get into the real issues at the core of the controversy. This is still one more reason why you need Citizens Journal Florida as a counterweight to such biased rhetoric. At least we label ours opinion, while theirs masquerades as news. It suggests that threats were made to candidates, but also mentions that law enforcement authorities say there is no credible threat.

Nassau County and Fernandina Beach are overwhelmingly Conservative- within the city limits, somewhat less so. Neither of the big, corrupt political “parties” which run our country are especially Conservative. However, if a Conservative wants to attain an elected higher office, running Republican is practically the only way to do it.

But, local elected offices are “nonpartisan,” meaning candidates don’t run under party banners. It appears that two candidates (Darron Asycue- Seat 5 & Dr. James Antun- Seat 4) are accused of being supported by the Republican Party. One of them advertises it, in the local News-Leader. The publication made a big deal about that, for whatever reason. It must be a coincidence that these are the family values candidates.

What the News-Leader totally failed to mention is that the other two candidates (Genece Minshew- Seat 5, Mike Lednovich- Seat 4)are being supported by the Democrat Party. Coincidentally, these are the “Woke” candidates.

Candidates with rather unconventional, even radical, ideologies have slipped in under the radar in Fernandina Beach under “nonpartisan” rules. Specifically, Genece Minshew and Mike Lednovich are in the runoff for City Commission and are what is now known as “Woke.” In radical Leftist language, it means that they have awakened to embrace what most of us would consider radical ideas. Why this should be partisan/political is a mystery.

They are running against somewhat more middle of the road to Conservative candidates Chiropractor James Antun and firefighter Darron Asycue.

Minshew’s main interest, which her campaign doesn’t talk about, is heading up the local (LGBTQ+) “Pride” organization. They aggressively promote their agenda and actively recruit, some say “groom,”, which can and does affect local government policies and society. You can learn more about that and visit their web site, although they have purged some content.

Lednovich, a blue state transplant, has been seen parading about town dressed in a BLM sign, promoted a transgender proclamation (presented to Minshew), caused the rainbow flag to be raised at City Hall while others were allegedly excluded and more.

But ALL of the candidate forums and questionnaires, except for the CCDF questions, ignore the issues in question here. The local News-Leader publication, the Jacksonville paper and local Fernandina Observer, also ignore them. Only the Dave Scott Blog fearlessly, if somewhat over the top, really explores the facts and opines on the dangers.

The valid objection is to how they are already aggressively attempting to implement their agendas born of their ideologies and how the POWER of offiCIALDOM would make it easier for them to do so.

Some people have attacked any criticism of the candidates’ “Woke” views as bigoted, cruel, biased. But the real objection to the candidates is not their views, which people may or may not approve of, but can’t stop them unless they are harming others, such as impressionable minors, or disturbed individuals. The valid objection is to how they are already aggressively attempting to implement their agendas born of their ideologies and how the power of officialdom would make it easier for them to do so.

The public has every right to object to directions that candidates would apparently take the city in and to reflect that in their voting. Media/opponents to that have every right, even responsibility, to bring attention to it. But if the public never knows about it because media and campaigns twist and hide the truth, then they won’t be able to, will they? They seem to be counting on that and may be able to.

For specifics, read the responses (or lack thereof) to the CCDF candidate questionnaire, which focuses on some key issues others shy away from. If we would believe the News-Leader, then it is verboten to even ask such questions, which the public has every legitimate right to ask and get truthful answers. One social media post stated that the CCDF questions were stupid. Asking questions about protecting children, families, rights and freedoms is stupid?

It is interesting that the Progressive, “Woke” world feels free to comment on and attempt to radically change the social contract when it suits them, but screams hate speech, bias, “far right”, “acrimonious”, etc. when the other side tries to stop it.

In order to help keep our community from resembling the state I fled to come here, please vote for Darron Asycue and James Antun on Tuesday, December 13. This can help positively affect the direction and tone of the city and even the county for years.