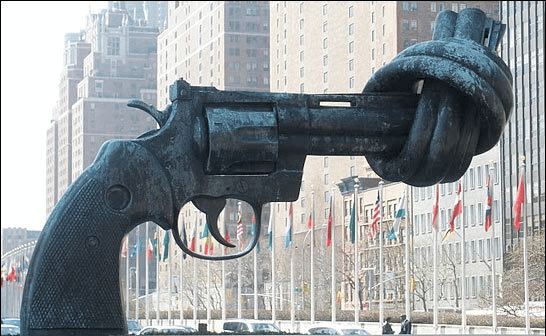 A recent study noted in FloridaPolitics.com claims that 59% of Floridians approved of the recent federal gun control bill signed into law last month and want still more. This was based on a sample size of 600, with no methodology/sampling technique/demographics cited, nor were the specific questions supplied.

We reproduce this article under “Fair Use” doctrine guidelines:

The University of South Florida, in collaboration with Florida International University, polled 600 Floridians and found that 59% of them support the legislation that was signed into law by President Joe Biden in late June.

The bill included $750 million for state-run crisis intervention programs as well as a funding boost for mental health programs and school security. It also closed the so-called “boyfriend loophole” to prevent perpetrators of domestic violence from having guns and encourages states to include juvenile records in background checks.

Floridians, however, say they would go further. More than nine out of 10 residents polled said they would support a universal background check requirement. Support for the proposal crossed party lines with 96% of self-identified Democrats, and 91% of independents and Republicans in favor.

Support was also strong for a ban on selling “assault weapons” to people who are under 21 years old, with 95% of Democrats, 89% of independents and 81% of Republicans on board. Notably, Florida banned the sale of long guns to those under 21 in the wake of the Parkland shooting.

There was similar support for requiring any person, regardless of age, to obtain a special license to purchase assault weapons and for instituting a mandatory waiting period for all gun purchases.

The USF/FIU survey was conducted July 2-10 and has a margin of error of plus or minus 4%.

Curious about such results in the “Castle Doctrine” state of Florida, we asked nationally known gun crime expert John Lott of the Crime Prevention Research Center what his take was on the matter.

These surveys are notoriously inaccurate. It is unlikely that most people have a clue what is in the legislation that was passed by the Congress.

As to the accuracy of these polls, take a look at the times Bloomberg has put universal background checks on the ballot.

Given the supposed 90% support in polls for universal background checks and the massive financial support provided by Bloomberg, one would think that these initiatives in states such as Nevada and Maine would be slam dunks.  Yet, Bloomberg lost in Maine by 4 percent, and won in Nevada by just 0.8 percent. Bloomberg’s initiative only eked out the win in Nevada because of the $20 million spent to support it, amounting to an incredible $35.30 per vote. He outspent his opponents by a factor of three – in Maine, the $8 million he spent outdid the other side by a factor of six. Bloomberg was responsible for more than 90 percent of the money going to support these ballot measures.

It turns out that “an error” in how the Nevada initiative was written prevented it from taking effect.  But it really probably wasn’t an error since the issue is who would pay for these background checks.  The initiative just assumed that the federal government would pay for it though even the Obama administration has made it clear that the states have to pay for this.  Correcting this “error” in the original initiative so that the state would pick up the cost means that Bloomberg would likely have lost the vote in Nevada.