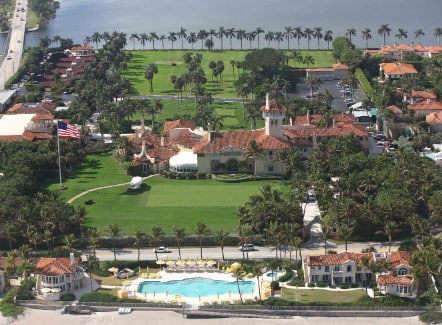 This is mind-boggling- hard to believe. Donald J. Trump, former President, some say still legally President, claims that his home was raided by the FBI. Unprecedented. Check it out if you don’t believe us:

Statement by Donald Trump appears below. We will continue to watch this and keep you informed.

According to Fox and CNN’s sources, Trump was at Trump Tower in NY when this occurred, claimed in one of their articles today. Several news sources claimed the raid was about Trump’s removal of documents from the White House. All attributed to “people familiar with the situation,” but didn’t name names.

“The raid of MAL is another escalation in the weaponization of federal agencies against the Regime’s political opponents, while people like Hunter Biden get treated with kid gloves” …. “Now the Regime is getting another 87k IRS agents to wield against its adversaries? Banana Republic.”

“The raid of MAL [Mar-a-Lago] is another escalation in the weaponization of federal agencies against the Regime’s political opponents, while people like Hunter Biden get treated with kid gloves,” DeSantis tweeted from his personal account, not his official Florida governor’s account. “Now the Regime is getting another 87k IRS agents to wield against its adversaries? Banana Republic.”

“We’ve invaded nations and toppled dictators for less than what our own FBI is doing right now. Why do we put up with blatant third-world thuggery from a man who can’t even put on a jacket without his wife’s help?” – Charlie Kirk.

According to CBS News, both the FBI and Justice Dept. declined to comment.

We haven’t seen anything from the Democrat party yet, but an article in the leftist Atlantic is probably similar to what you will see soon.