THE TWITTER FILES: PART 14 – FULL TRANSCRIPT! THE RUSSIAGATE LIES One: The Fake Tale Of Russian Bots And The #ReleaseTheMemo Hashtag! 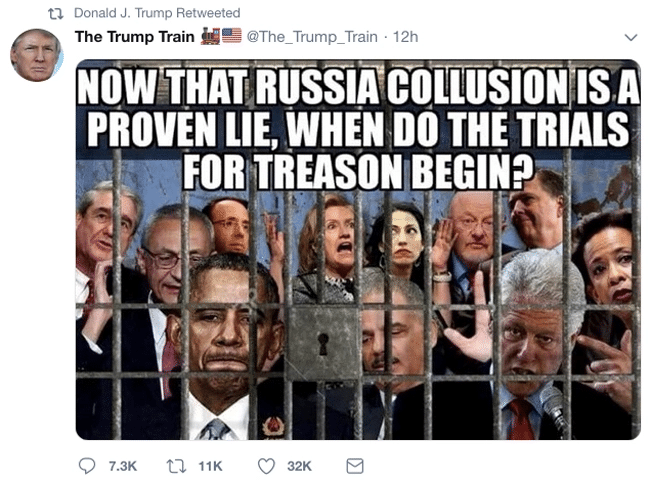 Editor’s note: Still another lightning bolt “Twitter dump,” compliments of that Tesla/SpaceX guy. So how come all this verifiable, damning info is published by an obscure web site (and many more smaller pubs), but not so much in the NY Times, Washington Post or even the micro-MSM News-Leader?

1.THREAD: Twitter Files #14 THE RUSSIAGATE LIES One: The Fake Tale of Russian Bots and the #ReleaseTheMemo Hashtag

2. At a critical moment in a years-long furor, Democrats denounce a report about flaws in the Trump-Russia investigation, saying it was boosted by Russian “bots” and “trolls.”

3.Twitter officials were aghast, finding no evidence of Russian influence: “We are feeding congressional trolls.” “Not any…significant activity connected to Russia.” “Putting the cart before the horse assuming this is propaganda/bots.”