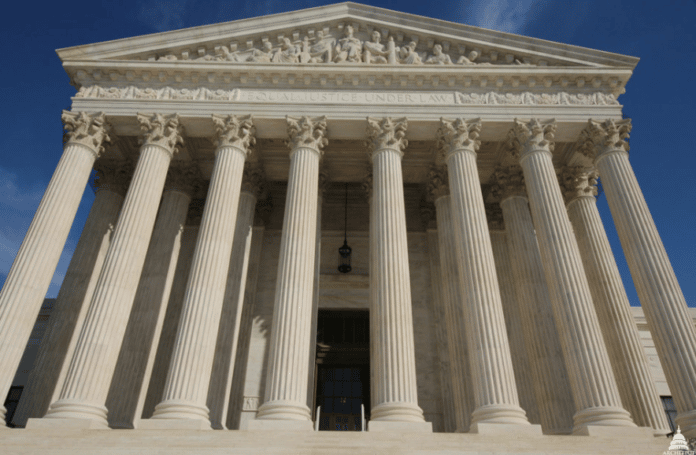 Here we go again. Election integrity ruling in PA shows that state election legislation can be overruled by judges–including federal judges — who should have NOTHING to do with election laws. 2022 is going to be another %$#@ show.

“The Supreme Court on Thursday cleared the way for a Pennsylvania county to count mail-in ballots that do not comply with a state law requiring voters to write the date on the ballot’s envelope. Although the case arose from a single local judicial race, it raised broader issues about how federal voting-rights protections apply when voters fail to meet state clerical requirements — a conflict that may crop up again in this year’s midterm elections.

In an unsigned and unexplained order, the justices rejected an emergency appeal from a Republican candidate who currently holds a narrow lead in a 2021 race for a judgeship on a Lehigh County trial court. The candidate, David Ritter, wanted the justices to block the local board of elections from counting ballots that were received by Election Day but arrived in undated envelopes.

Justice Samuel Alito dissented from the ruling, in a five-page opinion that was joined by Justices Clarence Thomas and Neil Gorsuch. He urged the court to take up the case on the merits and fast-track it for an argument in October so that it can resolve the issue before the November elections.”

Paul Burich is still another California refugee who fled to Arizona and is doing just fine, thank you.