HomeTopicsEducationThe Schools Are on Fire; Time to Get the Children Out
TopicsEducationGeographiesNational/InternationalNewsworthyOpinion

The Schools Are on Fire; Time to Get the Children Out 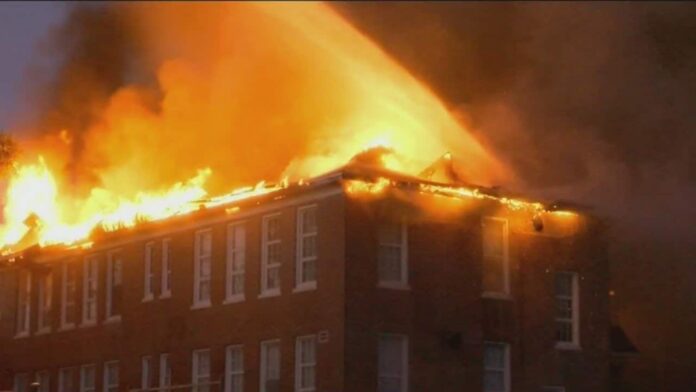 Letter to the editor:

The Schools Are on Fire; Time to Get the Children Out

The system is destroying American children and the nation itself.

It cannot be reformed. Instead, it should be abandoned.

Alex Newman’s opinion column printed in The Epoch Times (Oct. 26-Nov. 1 edition) is full of wisdom that I urge all parents of public school children to follow.

I love his analogy of the burning school building. Would you let your children stay “trapped inside” or would you rush to the school site and pull them out yourself—not even relying on others?

As a former school teacher in one of the largest school districts in the nation—Los Angeles Unified School District—I would never let my own children attend public school today or encourage a young adult seeking a career to become a public school educator.

The public school unions responsible for encouraging our schools to close down during the pandemic—negatively impacting the futures of our children—are corrupt and have been taken over by not just a socialist agenda but by a communist agenda (read Rebecca Friedrichs; a 30-year elementary school educator’s 2018 book on “Standing Up to Goliath: Battling State and National Teachers’ Unions for the Heart and Soul of Our Kids and Country”).

As the son of two former public school educators—I use to believe that the public schools could be reformed. Not anymore!  Government schools are not about teaching the core subjects but about pushing an ideological brainwashing agenda that eagerly welcomes your own children for that purpose.

My witnessing the gay, abortion, transgender “woke” agenda led me to engage with the https://www.publicschoolexit.com/ website that has helped thousands of parents with resources and assistance in making the decision to exit public schools.

Newman is correct when he says: “For decades, conservatives have squandered millions of dollars on ‘public-school reform.’ For almost two years, conservatives have been showing up at school board meetings to complain. Countless great teachers have tried everything to protect their students. And yet, nothing works.”

I, like Rebecca Friedrichs, initially tried to reform the public school that I worked at. I created a non-profit to tutor public school students. I sponsored a Bible club. But none of these efforts seemed to make a difference!

Newman is correct when he concludes: “It’s time to stop playing a rigged game on the education establishment’s battlefield using its rules. American parents should flee the system and build parallel institutions like their country and their liberty depend on it—because they do.”

(Michael Hernandez, co-founder of the Citizens Journal—Ventura County’s online news service is a former Southern California daily newspaper journalist and religion and news editor. Mr. Hernandez can be contacted at [email protected] and is editor of “America: The End and Our Hope”.)