The REAL Biggest Story of 2022 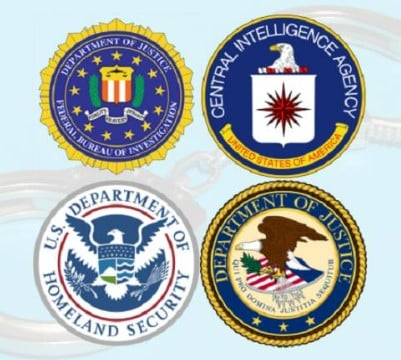 By far the biggest story of the year is the immense CIA, FBI, and DHS consortium that has been running an operation on America for years. Using social media to boost their preferred narratives–and censorship to quash dissenting views–it simply is no longer refutable. In their arrogance they have left evidence everywhere, and yet half the country remains brainwashed and staunch supporters of this corrupt, perverted regime. Our liberties are being destroyed by a group of powerful, and power-mad, villains. In their quest for control over us, they have inflicted unimaginable damage on our collective physical and mental health. Millions have been killed and injured. Millions have lost their livelihoods and wealth. Our cities have descended into metastasizing nodes of violent and property crime. Our country has been overrun by illegal aliens. Our schools have devolved into indoctrination centers aimed at robbing children of innocence and normality.

I could go on, but the above are all just symptoms. The root cause is the greed and demonic nature of the people at the apex of power. Our political and cultural ‘elites’ not only not protecting our interests–they are actively militating against it. They pit us against each other in order to deflect our attention from their corrupt activities aimed at vacuuming up every last bit of the country’s (and world’s) wealth. This program of domination and wealth acquisition would not have been possible unless enabled by powerful technology. The underlying technology of the Internet was initially developed by the Defense Advanced Research Projects Agency (DARPA)–a research and development agency of the United States Department of Defense responsible for the development of emerging technologies for use by the military. Perhaps we should not be surprised that in the end, the Internet has been literally weaponized against us.

The threads below adduce evidence that the Twitter censorship that has been exposed recently is just the tip of the iceberg. The culpability for censorship originally aimed at Twitter executives can now be seen to have been dramatically misplaced. The ‘conspiracy theorists’ who suggested that much of social media was a covert US intelligence tool were more correct than the bogus “fact checkers” that mocked the notion. A very effective information war is being waged against us–half of our countrymen support the liars, charlatans, and scammers. Will 2023 be the year that the scales finally fall from enough eyes to see the crimes being perpetrated against us? If God so wills:

–And JD Rucker ponders what he calls the most terrifying conclusion: for the coverup of these activities to last as long as it did means that literally hundreds of thousands of our most influential and powerful citizens were complicit:

–“No one’s in any danger…how can I make that more clear to you?”:

Paul Burich is still another California refugee who fled to Arizona and is doing just fine, thank you.