Shocker: Pentagon Rejects Major Limit on Use of Nukes, Every Single Threat to America Now on Notice 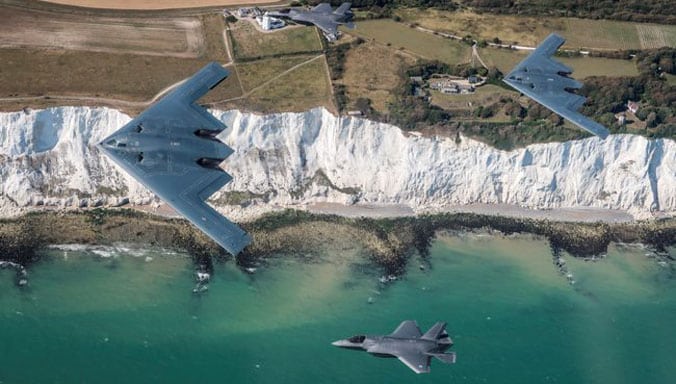 Editor’s note: This is quite a shocker. 75 years of nuclear policy is being changed by the Biden administration.

The Pentagon has announced a major change in America’s nuclear strategy: We will no longer limit the use of nuclear weapons to defense against other nuclear powers and may even consider using them for non-nuclear threats.

The new national defense strategy rejects past limits on the use of nukes, citing dual threats from China and Russia, Bloomberg reported on Thursday.

The document states that “by the 2030s the United States will, for the first time in its history face two major nuclear powers as strategic competitors and potential adversaries.” As a result, the U.S. will “maintain a very high bar for nuclear employment” but won’t rule out retaliation for non-nuclear threats to the U.S. homeland.

“…Citing burgeoning threats from China and Russia, the Defense Department said in the document released Thursday that “by the 2030s the United States will, for the first time in its history face two major nuclear powers as strategic competitors and potential adversaries.” In response, the US will “maintain a very high bar for nuclear employment” without ruling out using the weapons in retaliation to a non-nuclear strategic threat to the homeland, US forces abroad or allies. …”