Sanctuary Cities Now Provide Sanctuary For Deadly Illegal Drugs: The NYC Health Dept. shows how to use them “safely.” 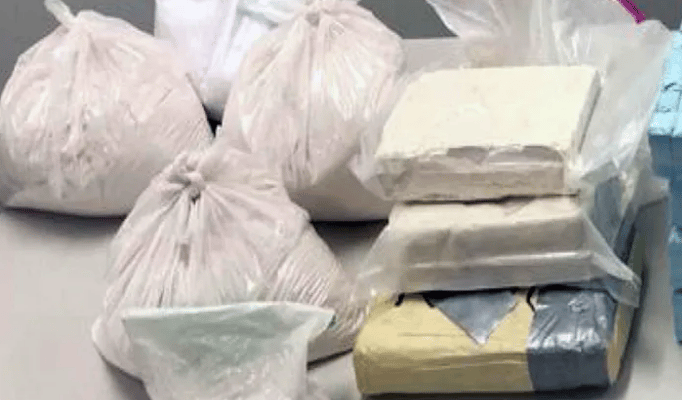 The NYC Health Dept. shows how to use them “safely.”

Kindly forward this to your senators and congressional representatives and to as many folks as you can and then ask that those to whom you send this forward it along to everyone they can- I am attempting to create a “Bucket Brigade of Truth!

Please remember to listen to my radio show, “The Michael Cutler Hour” on BlogTalk Radio on Friday evenings at 7:00 PM, Eastern Time, and find podcasts of my previous programs at:

My article today is predicated on the insane efforts of the New York City Board of Health and similar supposed “health” departments in cities being destroyed by lunatic Radicals, to encourage the use of illegal and dangerous drugs- even as record numbers of people have died in the United States last year as a direct consequence of drug overdoses.

It should be readily apparent that the goal of radicals is not to make us safer and protect innocent lives, but to destroy American communities from within.

Furthermore, as I have documented in many of my previous articles, the proceeds from the drug trade fund transnational gangs and international terrorist organizations.

I hope my commentary provides you with serious “food for thought” and motivates you to contact your Congressional representatives and U.S. senators to make your concerns known.

Please take the time to read my commentary in its entirety and check out the links to other articles and materials I included in my article.

Ignorance is not bliss.  Knowledge is power, so my article provides some cold hard facts for you to consider and hopefully share with others.

If you like my article I ask that you make a point of posting it on FaceBook and other social media and forward this e-mail to as many folks as you can.  It is important to dispel the lies and nonsense about the true nature and significance of effective immigration law enforcement in this particularly perilous era.

Being “Pro-Enforcement” is not “Anti-Immigrant.”  Indeed, advocates for immigration anarchy are actually taking an “Anti-Immigrant” position by obfuscating the line that separates lawful immigrants from illegal aliens.  To provide a bit of clarity, while we are indeed a “Nation of immigrants” America is not a nation of trespassers.  The difference between an immigrant and an illegal alien is comparable to the difference between a houseguest and a burglar.

Americans must be willing to stand their ground and not be intimidated by the false accusations- far too much hangs in the balance!  We must speak out against mayors and governors who create “Sanctuary Cities” and “Sanctuary States.”

Many people have come to complain that we have become too “Politically Correct” to speak the truth about important issues.  My view is that the artful use of language that has been described as examples of political correctness are in fact, examples of Orwellian “Newspeak.”

Having invoked George Orwell, it is appropriate to consider a couple of his brilliant quotes:

Political language — and with variations this is true of all political parties, from Conservatives to Anarchists — is designed to make lies sound truthful and murder respectable, and to give an appearance of solidity to pure wind.

In a time of universal deceit, telling the truth is a revolutionary act.

I addressed the way that control of language leads to thought control and ultimately a loss of our freedoms in my article for The Social Contract:

“Language Wars: The Road to Tyranny Is Paved with Language Censorship”

The NYC Health Dept. shows how to use them “safely.”

Archive of My Articles for FrontPage Magazine

On February 27, 2019 Newsmax published my article, The Truth About Immigration Can Unite All Americans.

On November 15, 2014 I was honored to join three true leaders in the United States Congress in a panel discussion on immigration- then-U.S. Senator Jeff Sessions and Congressmen Louis Gohmert and John Fleming.  A video of this panel discussion has been posted on the David Horowitz Freedom Center’s website under the title,  “IMMIGRATION WARS: An all-star panel takes on America’s immigration crisis at Restoration Weekend.”

The video has also been posted on YouTube under the title-“Immigration Wars.”

The perspectives of these true leaders are well worth listening to.

Discussions about immigration almost invariably focus on the lack of integrity to the border that is supposed to separate the United States from America.  Clearly that border lacks integrity and represents little more than a speed bump to smugglers who transport illegal aliens and contraband including record quantities of dangerous drugs such as heroin and cocaine into the United States.

All of these systems of the immigration system lack integrity.  Aliens who have gone on to commit crimes and even participate in terrorist attacks have often been dissevered to have successfully gamed the immigration benefits program in order to embed themselves in communities around the United States as they went about their deadly preparations.

The findings and recommendations of the 9/11 Commission must be the starting point for any discussion about immigration legislation.  That commission determined that a lack of border security, including the visa process. and fraud in the immigration benefits program, enabled terrorists to enter and embed themselves in the United States, as they went about their deadly preparations.

Immigration is not a single issue but a singular issue that impacts nearly every challenge and threat confronting the United States today!  Simply stated, the immigration laws were enacted to save lives and protect the jobs of American workers.  In point of fact, our borders and our immigration laws are America’s first line of defense and last line of defense against international terrorists and transnational criminals.

Our armed forces are charged with securing America’s borders externally while the DHS is supposed to secure those same borders from within.  The failures of the DHS to live up to its half of the equation are undermining the efforts, valor and incredible sacrifices of Americas men and women who serve in our military!
If our government’s failures to protect American jobs by securing our nation’s borders and effectively enforcing our immigration laws concerns you or especially if it angers you, I ask you to call your Senators and Congressional “Representative. This is not only your right- it is your obligation!

All I ask is that you make it clear to our politicians that we are not as dumb as they hope we are!

This is neither a Conservative issue, nor is it a Liberal issue- simply stated, this is most certainly an AMERICAN issue!

Democracy is not a spectator sport!

On Friday evenings from 7:00 PM until 8:00 PM Eastern Time, I host my show, “The Michael Cutler Hour” on the USA Talk Radio Network on Blog Talk Radio.

Here is the link to my program and my archived shows:

Call in via Skype for free here
(while show is Live)