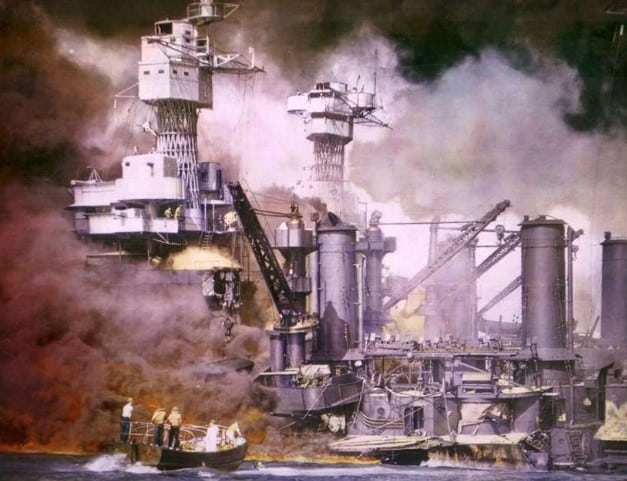 This is the anniversary of the Japanese surprise attack on Pearl Harbor December 7, 1941. It was the worst attack on US territory since the War of 1812. The USA was caught largely unprepared for this, although some prudent steps had been taken to strengthen military forces in the preceding years. The attack immediately united the nation, which, after some tragic stumbles, mobilized very quickly and waged a successful multi-front global war, completely crushing the “Axis” powers, headed by Japan and Germany. The war brought unimaginable suffering, crushing expense, social and political change. This conflict and surrounding events cemented the USA as the world leader in power, wealth, global reach and launched the nuclear age. Our worst enemies then are now some of our best allies and now there are new challenges. Let’s hope that not too many of them will be self-imposed. Let’s also hope, pray and help ensure that lessons learned are never forgotten. If anything, the danger is greater now than it was in 1941.

“A Date Which Will Live in Infamy” – President Franklin D. Roosevelt