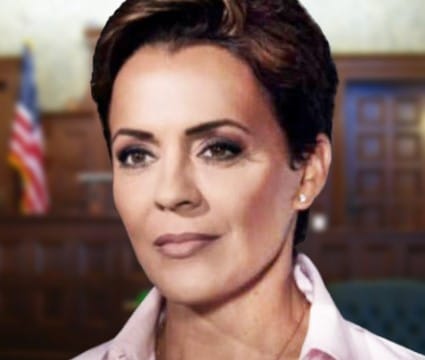 Rachel Alexander urges readers to keep tabs on case as it moves to higher courts, including SCOTUS

Distrust in the justice system over its refusal to stop voter disenfranchisement is spiraling after Maricopa County Superior Court Judge Peter Thompson dismissed Kari Lake’s lawsuit challenging the results of Arizona’s botched midterm election, where Democrat Katie Hobbs was declared the winner. Hobbs was losing in almost every MSM poll and didn’t bother to debate Lake, prompting one of the most prominent progressive journalists in the state to denounce her hiding in her basement as “political malpractice.” Hobbs was such an unremarkable candidate that she has only 177k Twitter followers to Lake’s 834k followers, over 400% fewer.

The Republican Party has a 4% voter registration over Democrats in both Maricopa County and statewide. Despite this, 14% of voters supposedly flipped to oppose Arizona’s top Trump candidates. Just like how no one believed Donald Trump lost the state in 2020, when he led Joe Biden 3 or 4 points going into the election, no one believes Hobbs really won. This is why instead of being happy and gloating at their win, the left is reacting with a bizarre level of intense anger toward the right.

Lake’s team discovered that over 298,942 ballots delivered to third-party signature verification service Runbeck Election Services on Election Day had no chain of custody and provided this evidence to Thompson. A Runbeck employee stated there were at least 9,530 duplicate ballots printed and issued with no chain of custody. And two days after the election, 25,000 more ballots were found that lacked a chain of custody, totaling over 333,472 ballots. Under Arizona law here and here, every one of those constitutes a class 2 misdemeanor.

This doesn’t even include all the “Door 3” ballots that were commingled with counted ballots at the vote centers plagued with printing problems; it is unknown how many of them have botched chains of custody.

Detractors assert that the courts do not want to be in the business of deciding elections – conveniently leaving out that plenty of judges around the country have frequently ordered new elections where there was far less evidence of voter disenfranchisement, such as a Georgia House race where merely four people who were ineligible were found to have voted.

Legal expert Robert Barnes pointed out that Thompson required a standard of “intentionality” that wasn’t even required. “Arizona law is clear: even inadvertent errors in election require setting aside result if it casts outcome in doubt,” he tweeted. “Intentionality is NOT required when the error casts actual winner ‘in doubt.'”

Another legal expert, Robert Bowes, observed that Thompson relied upon an old case in order to require a high bar of clear and convincing evidence. The 1959 case Thompson cited, Buzard v. Griffin, is no longer the standard; Miller v. Pacacho overruled it in 1994. There, the court stated, “We therefore hold that a showing of fraud is not a necessary condition to invalidate absentee balloting. It is sufficient that an express non-technical statute was violated, and ballots cast in violation of the statute affected the election.” Instead, Thompson just blew off all the violations, including the more serious class 2 misdemeanor crimes.

The MSM is ignoring the prosecution threats county supervisors have received for merely considering conducting a hand count of the ballots. Mohave County Supervisor Ron Gould was threatened with a felony and jail. Hobbs threatened county attorneys into not doing their legal job of representing county supervisors like him. A.R.S. 13-1804, extortion theft, states that it is a class 4 felony to threaten to “Take or withhold action as a public servant or cause a public servant to take or withhold action.”

The Law of Large Numbers contradicts the odds of so many “coincidences” happening in the election to favor Hobbs and the other Democrats who strangely swept Arizona’s top races. The coincidences should reasonably balance out to half favor Hobbs, half favor Lake, but they don’t; they are all in favor of Hobbs.

New votes were recently found in Pinal County favoring Republican Abe Hamadeh in his tight race against Kris Mayes, dropping her lead to only 280, but his case remains dismissed by a judge. In similar close races around the country, the election results were often reversed due to similar anomalies.

Maricopa County has been getting away with this kind of behavior since at least the botched 2020 election. The Arizona Attorney General’s Office sent the county four requests – yes four, not just one request – demanding it turn over items related to the Arizona Senate-ordered independent ballot audit, and they ignored the letters. Unfortunately, the AZ AG has no statutory authority to enforce the requests, so the county got away with it and it’s been swept under the rug. No one talks about the strange secrecy anymore.

Some more coincidences favoring Democrats previously include “bad” signatures accepted 14 more times during the 2020 election than during this year’s primary election. Maricopa County hired 145 more Democratic poll workers than Republicans to staff the primary election, despite the massive push Republicans made to work there. Arizona State Rep. Sonny Borrelli recently discovered that over 21,000 ballots in a 5% sample were illegally cast in 2020.

All eyes are now on the Arizona Supreme Court and then the U.S. Supreme Court to see if they go along with the trial court judge and cover for the wrongdoing using a bogus technical excuse. In 2020, SCOTUS didn’t provide reasons for rejecting certiorari on Trump’s election lawsuit and others. The people need to watch both courts closely and hold them accountable if they do not correct this travesty of justice, by refusing to reelect the Arizona Supreme Court judges and creating awareness about the inaction of SCOTUS justices.