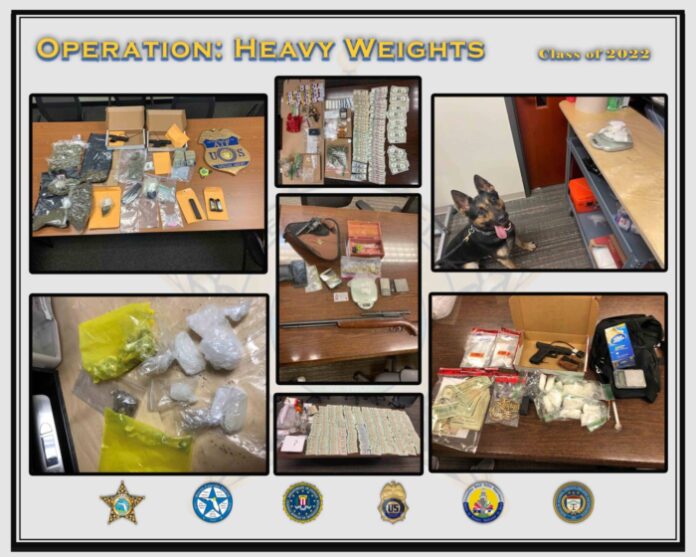 Nassau County Joint Narcotics Task Force has been actively investigating numerous individuals, their residences, and other known areas with a high volume of illegal narcotics activity in various communities in Nassau County.  A total of 54 arrest were made between April to August of this year. 25 of those arrested were from Fernandina Beach, 11 from Yulee, 5 from Georgia, 5 from Hilliard, 5 from Callahan, 2 from Jacksonville, and 1 from Lake City. The total amount of Criminal Charges for suspects arrested during this period is approximately 223.  The Operation Heavy Weights board also has a breakdown of all drugs seized. All agencies involved in this operation were NCSO, FBPD, ATF, DEA, and the FBI.