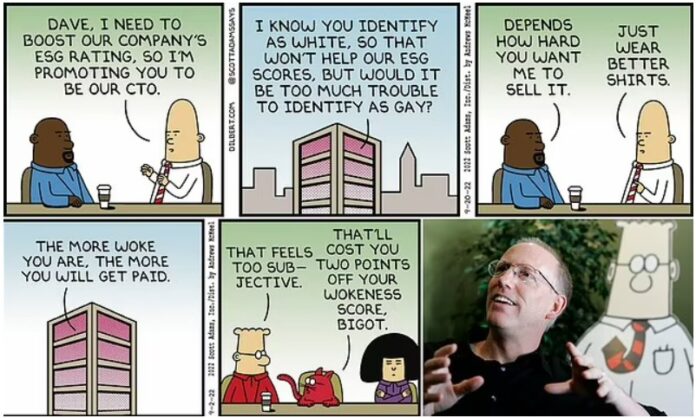 Scott Adams’ much-loved ‘Dilbert’ comics have been in circulation since 1989 and frequently poke fun at office culture, but he announced he was sensationally dropped by publisher Lee Enterprises. The media company own nearly 100 newspapers across the country, and had been publishing Adams’ jokes about the corporate ladder for years. One of his most recent controversial comic strips included a black worker – named Dave – who identifies as white being asked to also identify as gay to boost his company’s environmental, social, and governance ratings.