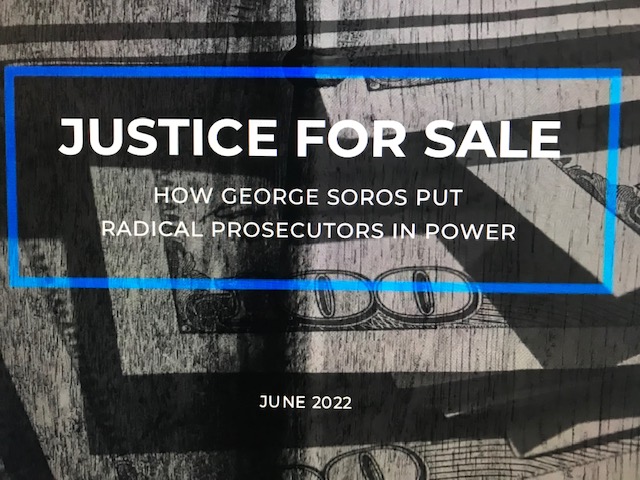 The report issued this month by the Law Enforcement Legal Defense Fund   is titled “Justice For Sale” and examines these prosecutors “route to power, source of funding, and affiliations and allies dedicated to supporting their social justice agenda” and how “candidates were elected to implement an ideological agenda.”

The Law Enforcement Legal Defense Fund (LELDF) is a non-profit “dedicated to supporting and defending the law enforcement profession and those law enforcement officers who have devoted their lives to upholding the Constitution and serving the United States and its citizens while enforcing its laws.”

*InfluenceWatch.org as well as FloridaPolitics.com and the Orlando Sentinel have reported on how Monique Worrell has become the second Soros candidate to become state attorney for Orange and Osceola County in the Orlando metro area. She received $1 million from Soros’ The Democracy Alliance. Her predecessor, Aramis Ayala was a “long-shot candidate” elected in 2016 with the help of more than $1.3 million from the Soros’ Florida Safety and Justice Political Action Committee.

Other George Soros-backed organizations include:

To see a link to 22 Soros backed prosecutors in 15 States go to:

To see Breitbart News reporting on this topic, go to: