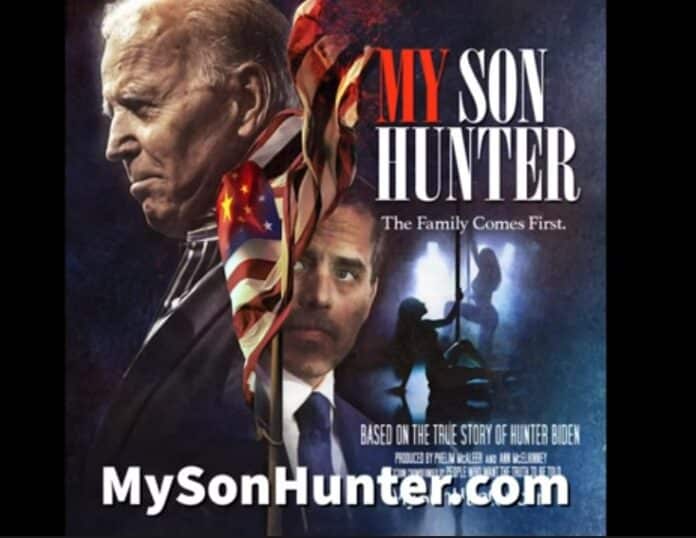 We’re thrilled to let you know that the release of our movie “My Son Hunter” is coming soon! We’ve poured so much time into this project exposing both the Biden family corruption and one of the biggest media cover-ups in history. We are very excited that we are getting close to the release.

This is the film the establishment doesn’t want you to see because it is the truth. On today’s Scoop, we meet with our talented screenwriter Brian Godawa to discuss how “My Son Hunter” challenges the one-sided narrative the media wants you to believe by presenting straight facts mixed with comedy and tragedy. This is not your typical leftist political satire. Hunter Biden is a human and tragic figure and the film does not lose sight of this as it exposes his corruption and the corruption of his family.

Meanwhile, Canada is moving to expand their already horrendous euthanasia laws. We speak with Wesley Smith of the Discovery Institute on how this is a direct assault not just on the terminally ill but on all disabled persons. It is chilling.

In other news, we share how the left always finds a way to make everything woke. We were able to catch the excellent new play “Here There Are Blueberries,” portraying the inside lives of Nazi staff members at Auschwitz. Unfortunately, it was not spared from woke influences. Similarly, the tragic news of actress Anne Heche’s death was used for the same woke agenda by the media.

And the recent murder attempt on novelist Salman Rushdie highlights a primary difference between Margaret Thatcher and Boris Johnson’s England. We discuss what this shows about the cowardice of modern liberals.

We hope you enjoy this episode of the Ann & Phelim Scoop!

Thank you,
Ann and Phelim