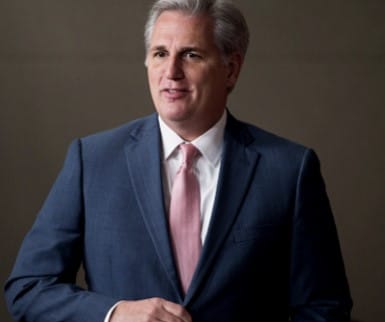 After a historic struggle most of last week, former House Minority Leader Kevin McCarthy (R, Bakersfield, CA) finally received enough votes to be made Speaker of the House, so that the new Congress could get underway. He thought he had it on the 14th ballot last night, but missed by just one vote. After a late night recess, a 15th vote was held and McCarthy finally had his ducks in a row and deals made to prevail early this morning.

No House Speaker vote has required more than one vote in a century. This was the most contentious contest since 1859 and we know what happened not long after that.

At issue was whether he was skilled and Conservative enough and whether he would implement some badly needed reforms and priorities (the subject of a probable future article here).

Our major takeaway on all this is that quite a few reps. weren’t thrilled with McCarthy’s abilities or M.O. McCarthy failed to gain support and sufficient votes in advance like a legislative leader might be expected to and did not offer enough changes, until 20 members dug in their heels and refused to vote for him until he did. Some say this was “embarrassing, “humiliating” and “chaotic,” while others admired and thanked the rebellious 20 for forcing needed reforms.

Several straw man opponents who had no practical chance of winning were advanced, to show displeasure of McCarthy’s bravest opponents, numbering up to 21, who held out for the concessions. Others were unhappy too but unwilling to risk the consequences of crossing the probable eventual winner. No other candidate had anywhere near the support McCarthy did to challenge him.

One candidate offered was Rep. Jim Jordan, who is well-regarded, appears quite well qualified and is quite Conservative. But he didn’t want the job, nominated/endorsed McCarthy and didn’t vote for himself.

Get Citizens Journal Bulletins Free!
Donate to Keep Us Publishing!
Share
Facebook
Twitter
Pinterest
WhatsApp
Previous article
January 6: If It was Really an “Insurrection,” the Capitol Would Have been a Smoking Ruin
Next article
☕️ A GOOD MOM ☙ Saturday, January 7, 2023 ☙ C&C NEWS