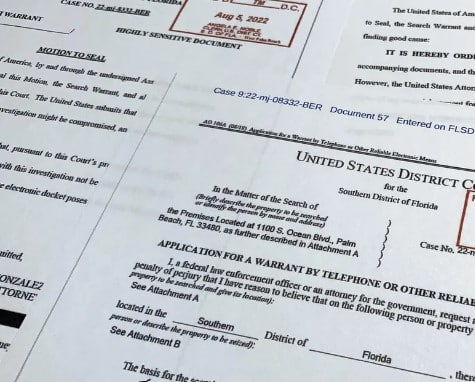 By Just the News

In a filing Monday morning, Reinhart, who originally approved the warrant, said he rejects “the government’s argument that the present record justifies keeping the entire affidavit under seal,” Fox News reported.

The decision was expected, considering Reinhart last week ordered the department to deliver a redacted copy of the affidavit.

Justice officials opposed unsealing the entire affidavit, or even a redacted one, arguing such a move would “provide a roadmap” of the investigation into whether Trump had classified White House documents on the estate and could “chill” other possible witnesses.