House Committee Votes 25-18 for So-Called “Assault Weapons” Ban- and Why? 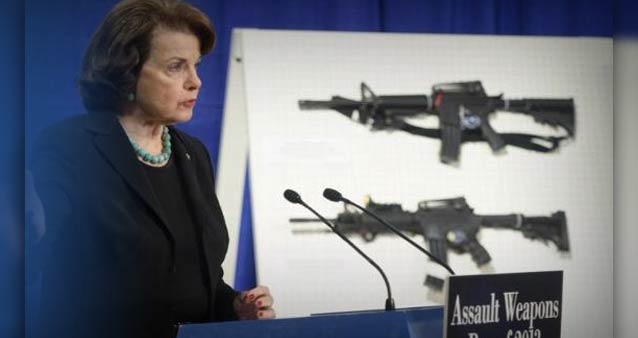 The US House of Representatives Judicial Committee voted 25-18 to advance the so-called “assault weapons” ban bill HR 1808 through Congress, even though its constitutionality and effectiveness are questionable.

If you read the bill (see below), you would learn that it would outlaw the  sale, manufacture, transfer or import of whole classes of widely-owned semi-automatic rifles with detachable magazines, plus standard magazines, which they refer to as “high-capacity magazines” and more. These are primarily AR-15 and AK-47 frames, but dozens of others are called out by make and model as well. It is estimated that at least 20 million of these are widely owned throughout the USA.

Per the House Judiciary Committee announcement:

If you read the announcement, you will see that it is loaded with highly partisan language, distortions and untruths.

It appears that a full House vote hasn’t been scheduled and that may be because leadership doesn’t have the votes. Then, there is the matter of getting it through the Senate, although it did pass another major gun control bill, with 15 Republicans supporting it.

Considering the Democrats’ razor thin House Majority, a lopsided 25-19 membership mix on the committee seems rather unfair- even “inequitable”- but this is how Congress works now.

Democrats believe that banning certain guns will eliminate or drastically reduce mass shootings. Or so they say. Keep in mind that the previous ban did not appreciably change the rate of change of gun violence, which was already in a downtrend. The recent gun control bill (“Bipartisan Safer Communities Act”) passed because a majority believed that banning high risk people from buying/possessing guns and addressing related mental illness might help.

Gun homicides had dropped by half since 1992, until the last few years. A previous federal “assault weapons” ban ran from 1994 to its expiration in 2004 (HR 2818 has no expiration date that we noticed). The Judiciary Committee gave the previous ban credit for the huge drop, but that is obviously false, since only a very small percentage of homicides were committed with rifles- even smaller for the ones covered by the latest attempted ban. More people are killed with hammers and clubs (we are not making this up). Knife statistics are close. In addition, gun homicides continued to drop after the ban expired in 2004.

Unrest in recent years has resulted in all murders increasing, especially in Progressive-run cities. We won’t attempt to say why in this article, since it is highly complex and subject to conjecture.

All in all, there has probably been more loosening of gun control in red states and less in the blue states- quite the opposite, actually. Ironically, some of the blue cities have the biggest gun violence problems- and the most stringent gun control. Subtracting those cities, the USA would be about average in gun murders in the world.

It is apparent that mass shootings are increasing and and that AR-15 style rifles are being used more. One wonders if that has anything to do with the relentless publicity accorded such events, which might produce “copycat” attempts. In addition, perpetrators of such incidents disproportionally tend to be young, emotionally disturbed, alienated young men taking psychotropic drugs, another apparent uptrend. Some have religious or political agendi.

Finally, we address legal issues. THE USA was founded by breaking away from British colonial masters, who violently resisted the colonies’ efforts to separate themselves from the British empire when their suppression became obvious and legal remedies proved fruitless. The British attempted to confiscate the weapons of colonial militias, which touched off the 1775 violence. Another Continental Congress, after the first one that established the original 1787 Constitution, convened to further protect rights by adding the “Bill of Rights,” which established Amendments 1-10.

The Second amendment was passed not so much for hunters, target practice and hobbyists, but to help enable us to defend ourselves from bad people- private or public. The Founders saw out-of-control government as a great danger and legislated accordingly. The Second Amendment reads:

All this seemed pretty clear at the time. Militias met, trained, were deployed, militiamen were responsible by buying, maintaining and training with their arms. But they didn’t want the village idiot or nutcase running around with guns or anyone using them unjustifiably, hence the term “well-regulated.” So Joe Biden is not totally off base when he says that “the Second Amendment is not absolute.”

Over the years, the militia withered away when there weren’t imminent local threats. Police, military and the National Guard were used instead, although all 50 states and the federal government still have laws and regulations for militia. There are perhaps maybe only a few hundred militia units remaining in the USA, mostly small, poorly organized and vilified by the establishment. Some states, like California, have made it virtually impossible for militias to actually operate as intended.

The Left maintains that the National Guard is the militia and that there is no place for Citizen Militias. They go even further in insisting that private Citizens have no right to own guns, but the Supreme Court has strongly upheld that right.

“Assault weapons’ are “weapons of war”?

The Left has asserted that the public has no business owning AR-15/AK-47,etc. firearms, which they say are used in combat and even claim that the Constitution and the Second Amendment backs them on this, although the Supreme Court has been coming down hard in favor of gun rights. If oppressed colonists hadn’t had arms as good as the oppressors’, we might still be colonies.

Democrats and most Mainstream Media point to gun bans in other nations as being successful. Often-used example Australia, which had a large, mandatory “gun buyback” years ago, actually has more guns in private hands now than before that, according to Fox News commentator Dan Bongino.

The Left has characterized AR-15/AK-47 style rifles as “weapons of war,” because they look like the automatic M-16’s used by our military. But, AR-15’s are not automatic weapons. Combat is now dominated by artillery, missiles, bombs, tanks, IED’s, fighters, bombers and drones. Those are the really lethal “weapons of war” which account for an overwhelming percentage of combat casualties. These are largely banned for private ownership, along with M-16’s, M-4’s and machine guns.

Democrats have convinced some Republicans to support some of their gun control agenda, most recently, the “Bipartisan Safer Communities Act”  – see: https://www.citizensjournal.net/republicans-enable-senate-gun-control-to-advance/ . This bill focused on red flag laws, banning sales to certain people determined to be an unacceptable risk, education (some say anti-gun propaganda), identification and treatment of related mental illness. It had strong Republican support in the Senate.

The red flag laws, certain types of background checks and ownership restrictions have been touted as “common sense” gun control by the left and “moderate” (some say “RINO” (Republican In Name Only) Republicans). However, much of it is worded such that these can be abused by authorities to become de facto unconstitutional gun bans and gun registries. Last month’s federal bill passed is an example of that.

It appears that one Republican did not vote. Checking …

George Miller is Publisher and Co-Founder of Citizens Journal Florida, based in Fernandina Beach. He is a “retired” operations management consultant, software and publishing executive and manufacturing management professional