History of the Deep State and the Saga of Candidate Mr. Aguilar 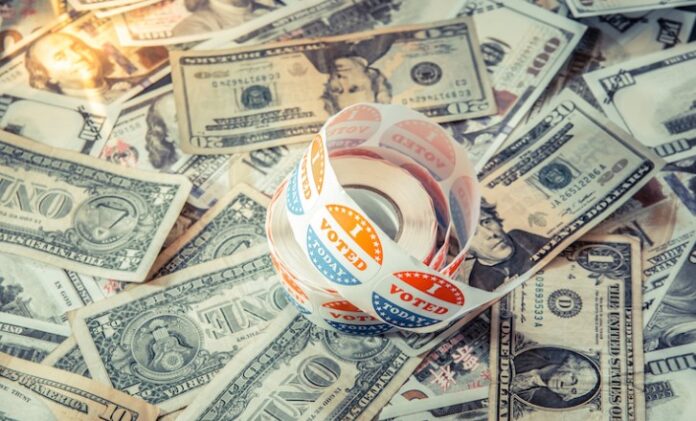 To We the People – First, I know I gave my readers a lot to watch / listen to recently, but thanks to one of them, I recommend you take 2-hours sometime soon to listen to an excellent, fast-paced yet detailed history of the Deep State, including who’s who and how they got there. This video interview was conducted at Mike Lindell’s Moment of Truth Summit last weekend by Zak Paine (RedPill78News.com) with Ivan Raiklin, former Army Green Beret and Lt. Col. In the Army Reserve who worked with Lt. General Michael Flynn, also a Constitutional Attorney and intelligence community professional. It’s a fascinating and eye opening education regarding high profile people you’ve heard about but may not know the inter-relations. https://rumble.com/v1h7ayl-special-interview-with-ivan-raiklin-the-pence-card-and-the-moment-of-truth.html

Next: I know the primary election is behind us, but due to continued comments and questions from some of you, I’ve still been diving into campaign financing. Today, I’m taking you down the rabbit hole that led to the losing hand of FL District 4 U.S. House of Representatives primary candidate Erick Aguilar, because something still smells fishy.

Thanks to those of you who have said things like:

I’ve now done some research on the Federal Elections Committee website (as of 8/26/22) to see how Aguilar spent his $1.2M+  in contributions:

Clint Reed: Served as Senator Marco Rubio’s Chief of Staff, overseeing nearly 70 employees in DC and FL. Prior to that, he was Rubio’s campaign manager. According to LinkedIn, Reed currently resides in Little Rock, AR and DC.

Lance Watson: Graduated with a Bachelors in History and Poli-Sci in 2015 from FSU, also has a Masters in Applied Politics & Public Policy from FSU, 2017. He has served as Marco Rubio’s Capital Area Regional Director in Tallahassee, where he resides.

According to Florida Politics article by Jacob Ogles (July 19, 2022):   https://floridapolitics.com/archives/539909-consultant-dumps-erick-aguilar-over-fraudulent-email-accusations/

Consultants for Republican congressional candidate Erick Aguilar have dropped him. Reed + Company confirmed to Florida Politics they have cut ties with the disgraced politician.

“We terminated our agreement with Erick Aguilar over the weekend,” said Lance Watson, the Florida director for Reed + Company. “From the beginning, unfortunately, Erick has not been a candidate willing to run a campaign worthy of being elected to Congress.”

The decision came after WinRed banned Aguilar for sending out fake fundraisers supposedly from prominent Republicans including Gov. Ron DeSantis and former President Donald Trump, as first reported by POLITICO. As the tactic came to light, questions arose about whether Aguilar had relied on infrastructure through Reed + Company, especially since company founder Clint Reed has previously been fired as Sen. Marco Rubio’s Chief of Staff for violating “office policies regarding proper relations between a supervisor and their subordinates.”

Watson said the firm had nothing to do with any emails defrauding donors into believing they were supporting DeSantis and Trump. Moreover, Watson suggested that for Aguilar, this behavior was to be expected. “We’ve tried extensively to steer him, but there has been a reluctance to embrace winning strategies and a continuation of making really dumb decisions,” Watson said.

According to Florida Politics article by Wes Wolf (July 21, 2022):   https://floridapolitics.com/archives/540623-bean-triples-aguilar-cd4/

The largest group of [2Q 2022] disbursements from the [Aguilar] campaign account went to the Arkansas-based consulting firm Reed + Company — more than $71,260 over April, May and June. The firm terminated its agreement with Aguilar after allegations about his fundraising practices came to light. “We’ve never been involved or approved any of the online fundraising strategies put together by Nick Britton at WinRight Strategies and approved by Erick Aguilar,” Lance Watson, Florida director for Reed + Company, said at the time. “We were not made aware of the story about the dubious emails until we read about it Friday morning.”

According to Linkedin: Nicholas Britton is the President of WinRight Strategies in the Miami-Fort Lauderdale Area. Britton was Account Exec with WinRight from 4/2021 – 10/2021, prior to becoming President. Britton is currently also the owner of The Britton Family Group (2015 to present), which manages and own several real estate properties throughout FL and New England.  WinRight has ONE employee (Britton) listed on LinkedIn.

Nicholas Britton’s Education: BA / BS Psychology and Education from Norwich U 2011; Masters of Ed in Early Childhood Special Ed, 2014. He was a pre-school teacher from July 2012 to Mar 2015. He has authored three books (sold on Amazon) from 2016 to 2017:  Children Know Success. Do You?; Lessons from the Little Ones; and Your MBA: Helping you balance life and all the moving pieces.

His “About” description on LinkedIn says:

I had a great education. This consisted of graduating from a prestigious military academy and getting my Masters degree. I had my own home and was forced to rent out rooms and share my kitchen and living rooms just to make ends meet. I was working three jobs just to pay my bills, justifying my life style because “I was helping kids.”​ I had an obsession with reading books that made me think. I also loved listening to podcasts while in the gym. Somehow I came across Bigger Pockets Podcast #108 with Grant Cardone and I heard him say, “Success isn’t measured comparing yourself to others. Success is the distance between where you are and where your potential is.”​I was a very big fish in a little pond (Vermont,) in the field of early childhood education. In comparison to my colleagues, I was very successful. I accomplished more in three years in education then most educators dream of, however; by Grant Cardone’s definition, I was not successful.

I gave my notice to all my jobs, cashed out my 401K and moved to South Florida. Many friends and family thought I was crazy, but I knew I was doing what I had to do to be successful. Without knowing anyone or anywhere I would spend hours at Starbucks learning everything I can about real estate. I found a place to live and quickly began looking for real estate properties. Within three months I closed two deals, and realize I can get back to helping people by starting a Property Management brokerage. Since I made a commitment to this lifestyle, successful is my only option. I have sold that company and then went back to growing a new business, Mountain Top Media Group.

Britton’s author profile on Amazon https://www.amazon.com/Nicholas-Britton/e/B01GNHM6VO/ref=aufs_dp_fta_dsk makes no mention of him being a political strategist or marketing consultant.

NOTE: Erick’s first payment to WinRight was made just one week after WinRight was incorporated. Was Erick the firm’s first client? Why did Erick pick them as Marketing Consultant to support a very important Congressional run?

According to LinkedIn: the owner of AD Marketing, Alex Dew, graduated from Trinity Baptist College in 2016 with a Bachelor in Business. He was a marketing and operations manager at a Chick-fil-A franchise from July 2016 to July 2019, then became the owner and lead strategist of AD Marketing. Dew has ONE endorsement on Linkedin for Lead generation, Social Media Marketing, etc.—from one person named John Smith. Alex has never posted anything (such as articles or activities) on LinkedIn, which seems odd for a Marketing Strategist. What “Marketing Services” services did AD Marketing actually perform?

Stipe is a Payment Processing platform for the internet. According to their website https://stripe.com/pricing Stripe’s “Pay-as-you-go” (per transaction, fee-based) pricing is 2.9% + $ .30 per successful charge card processed. The $24K paid to Stripe correlates with Erick’s approximately $805K in contributions ($1.255M in total receipts less the $450K he contributed himself).

You be the judge.