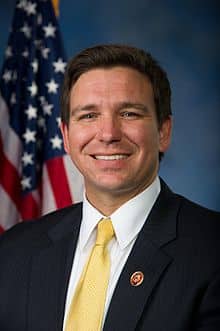 TALLAHASSEE, Fla. — Today, Governor Ron DeSantis announced the appointment of Edwin Moore and the reappointment of Glenton Gilzean to the Florida Commission on Ethics.

Moore is the former President and Chief Executive Officer of the Independent Colleges and Universities of Florida. He was previously appointed as a member of the Governor’s Efficiency Task Force, as well as CareerSource Florida. Moore earned his bachelor’s, master’s, and doctorate degrees from Florida State University.

Gilzean is the President and Chief Executive Officer of the Central Florida Urban League and currently serves on the Ninth Judicial Nominating Commission. He previously served on the Florida Agricultural and Mechanical University (FAMU) Board of Trustees and the Pinellas County School Board. Gilzean earned his bachelor’s degree in biomedical sciences and his master’s degree in entrepreneurship from the University of South Florida.

These appointments are subject to confirmation by the Florida Senate.

Congressman Bean Reacts to the State of the Union Address