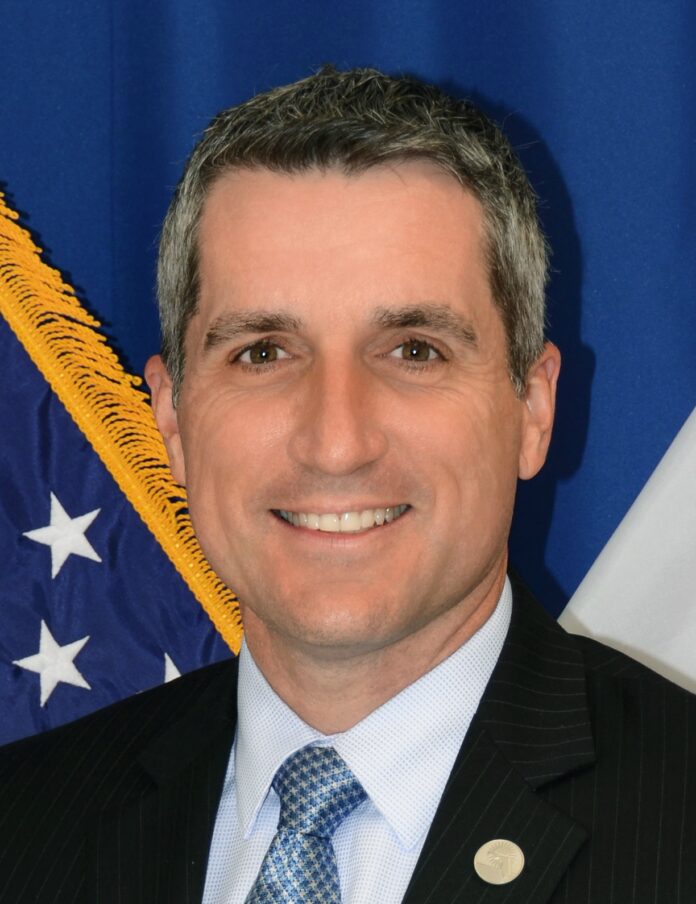 TALLAHASSEE, Fla. — Today, Governor Ron DeSantis announced the approval of Mark Glass as Commissioner of the Florida Department of Law Enforcement (FDLE). Glass has been serving as the Acting Commissioner since May 1, 2022.

“As Acting Commissioner, Mark has led the brave men and women of the Florida Department of Law Enforcement with honor and integrity,” said Governor Ron DeSantis. “In less than four months, he has made major strides towards combating Biden’s Border Crisis, safeguarding Florida’s elections, and advancing FDLE’s crime fighting capabilities. I am proud to appoint him as Commissioner and I have the utmost confidence he will continue to serve and protect all Floridians.”

Under Commissioner Glass’ leadership, FDLE has taken action to fight illegal immigration and combat the Biden Border Crisis. Beginning in June 2022, FDLE has played a key role in a strike force of state and local law enforcement to interdict human smuggling and human trafficking and to seize illegal weapons being transported through the state. The strike force has undertaken three criminal interdictions, the most recent of which concluded August 21. The first two interdictions, along I-10 in Northwest Florida and along I-75 in Hernando and Sumpter counties, resulted in 16 charges of human smuggling, 102 total felony charges, and the seizure of more than $300,000 worth of illicit drugs. The most recent interdiction was conducted statewide, and more information will be available in the near future.

Additionally during Commissioner Glass’ tenure, Governor DeSantis announced that FDLE, in coordination with the Office of the Statewide Prosecutor and newly created Office of Election Crimes and Security, is arresting 20 individuals for breaking elections laws. More on that announcement can be found here.

Commissioner Glass is a 30-year veteran of the United States Armed Forces, serving in the U.S. Army as a UH-60 Blackhawk pilot and in the U.S. Coast Guard as a Jayhawk pilot. He served honorably in various command roles throughout his military career including with the Florida Army National Guard, the District of Columbia National Guard and the U.S. Army, eventually retiring from the home of Army aviation at Fort Rucker, Alabama. He is a master aviator and received two meritorious service medals.

Prior to his appointment as commissioner, he served as director of Florida Capitol Police, overseeing all safety and security efforts in the legislative and executive branches.

Prior to joining FDLE, he served as the director of security for the Florida Lottery overseeing multiple law enforcement functions, including investigations, intelligence, forensics, mutual aid and physical security.

Commissioner Glass is a graduate from the Florida Highway Patrol Academy and the Florida Department of Law Enforcement Special Agent Academy and has served as a state trooper in Florida, a Florida Fish and Wildlife officer and a criminal investigator for the state of Texas. He has been a member of the FBI Joint Terrorism Task Force and the U.S. Attorney’s Anti-Terrorism Advisory Council.

He formerly served as the lead Office of Intelligence and Analysis representative to Florida, where he was the Department of Homeland Security representative to the State of Florida, Executive Office of the Governor, Florida Legislature, and Homeland Security adviser through the Florida Fusion Center. He also served as a senior intelligence analyst supporting the National Operations Center and the chief intelligence officer.

With over 32 years of combined federal and state service, he has served as a law enforcement officer, military officer, national intelligence officer, federal civilian supervisor and senior executive. Commissioner Glass holds a Bachelor of Science degree in criminology from Florida State University and an Associate of Arts degree from Northwest Florida State College. Furthermore, he received the honor of being selected as the 2018 Distinguished Alumni Award Recipient from Northwest Florida State College and serves on the Florida Board of Directors for the American Legion Boys State.