Just the Tip of the Iceberg of Big Tech/MSM Censorship 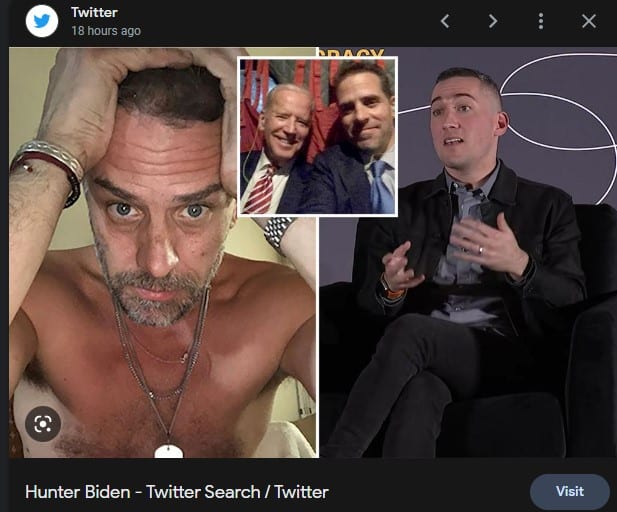 Twitter’s former head of trust and safety joined others associated with the company who have zinged the censorship of the Hunter Biden laptop story as a mistake.

Yoel Roth, who stepped down from the post amid Elon Musk’s ascension to “Chief Twit” despite initially being embraced by the new leader, stressed that Big Tech was on edge over foreign election interference campaigns and emphasized the decision to suppress but not remove the laptop story was not his.

The former Twitter executive and safety chief who played a key role in censoring The Post’s October 2020 exposé on Hunter Biden’s infamous laptop has admitted it was a mistake — more than two years later while his onetime boss, Elon Musk, acknowledged Wednesday that the social media giant “has interfered in elections.”.

Yoel Roth, who was Twitter’s head of trust and safety until he quit in November in the wake of Elon Musk’s $44 billion takeover, confessed Tuesday that the company erred in restricting people from sharing the scoop.

In an interview with journalist Kara Swisher, Roth appeared to deflect the blame — insisting that even though he had concerns about the authenticity of the first son’s device, it never got to the point where he thought the story should be suppressed.

An FBI agent testified that the federal agency met weekly with social media companies ahead of the 2020 presidential election to warn about “disinformation” and regularly sent lists of content for them to suppress, according to Missouri Attorney General Eric Schmitt. It’s possible those warnings led to Twitter and Facebook’s controversial suppression of the New … Continue reading FBI, social media met weekly to censor Americans before 2020 election: MO AG

A Chinese government propaganda outlet is quietly pushing content about U.S. politics over TikTok even as U.S. officials work with its Chinese ownership to address mounting national security concerns. Some in the U.S. government have long warned that TikTok, the first foreign social media service to take hold in the country, could be used by … Continue reading Chinese gov’t pushed anti-GOP propaganda on TikTok before midterms