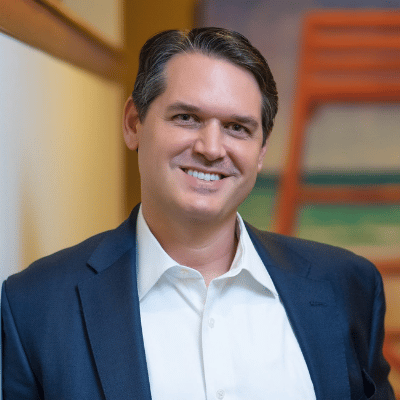 Each election year provides more evidence that elections do matter.

On Friday the 13th of May, Governor Ron DeSantis appointed Cord Byrd, a Neptune Beach Constitutional Attorney, and Florida Representative from our 11th District to become Florida’s Secretary of State.  One of the most important responsibilities of the Secretary is to oversee elections held for members of the U.S. Congress, for state legislators and Governor, and for local elected officials.

On June 6th, almost 100 members of “We the People”, led by Deb Boelkes assembled at the Walkers Landing venue at Omni Amelia Island Plantation for its monthly meeting.  We the People leader Deb Boelkes welcomed Secretary Byrd, our own (now former) 11th District Representative to the Florida House of Representatives.  He has represented Nassau County and the Jacksonville Beaches since 2017, and resides in Neptune Beach, Florida with his wife Esther, and their two children.

What can we expect with Secretary Byrd’s appointment? His focus as a legislator is perhaps seen best in his most recent legislative acts as our Representative before his appointment as Secretary of State.  He co-sponsored Florida House Bill H0007, Individual Freedom.  It provided that “. . . subjecting any individual, as a condition of employment, membership, certification, licensing, credentialing, or passing an examination, to training, instruction, or any other required activity that espouses, promotes, advances, inculcates, or compels such individual to believe specified concepts constitutes discrimination based on race, color, sex, or national origin.”  Secretary Byrd also played a key role in passing a 2019 bill to ban so-called “sanctuary cities” in Florida.

In professional practice for two decades, Secretary Byrd focused his law practice representing clients in administrative and judicial proceedings related to gun rights as defined in the Second Amendment of the U.S. Constitution.

The Secretary of State leads many state services, but the Secretary is spotlighted in one frequent ‘test’: The conduct of national, state and local elections.  Nassau County’s Supervisor of Elections, Janet Adkins, was present at this meeting, as were some Northeast Florida election integrity advocates. “We’ve seen the importance of assuring election integrity” Secretary Byrd said, “and we will work with our sixty-seven County Supervisors of Elections to make sure that integrity is maintained.”

Cord Byrd was born in Jacksonville, Florida.  He served as a member of the United States Air Force, received his bachelor’s degree from the University of North Florida, and his law degree from St. Thomas University.  Byrd’s experience includes his time in the U.S. Air Force, his more than two-decade career as an attorney recognized for his expertise in gun law in Florida, and his service in the Florida House of Representatives from 2016-2022.

In September, 2021, Mr. Byrd was named chairman of the Florida House redistricting subcommittee. Until his appointment as Secretary of State, he also served as vice-chair of the House Judiciary Committee, on the Pandemics & Public Emergencies Committee, and on the Public Integrity & Elections Committee.

Harvey Slentz is a U.S. Army veteran, and resident of Amelia Island, Florida who has enjoyed a long career as an industrial engineer, an attorney and as the CEO of a $300 million regional sector of a $70 billion national service provider, along with leading strategic planning for national operations. He and his wife Tish spend their leisure wrangling their 4 grandchildren in St. Johns County, Florida.