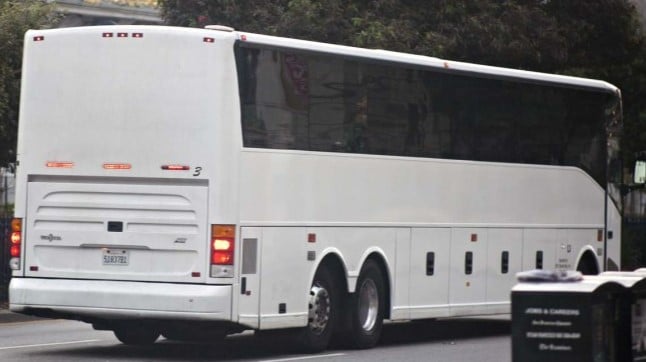 DeSantis directed the DMS management team and top directors of all state executive agencies to review current contracts with corporate vendors and notify all applicable firms of the new law. Florida agencies are to provide written communication to any vendors currently transporting illegal aliens into Florida that their contracts will not be renewed or amended unless they comply with Florida law.

“Floridians’ tax dollars should not go to corporations that facilitate the international human smuggling operation encouraged by the Biden administration,” DeSantis said while issuing the directive. “I was proud to sign Senate Bill 1808 to protect our state from the effects of Biden’s Border Crisis.”

Ed. note: Based on reports earlier this year, the new law may generate a review of procedures by area transport companies moving undocumented immigrants from federal-sponsored flights arriving at Jacksonville International Airport.

The new provision, referred to as Senate Bill 1808, prohibits governmental entities, including state agencies, counties, municipalities, and other governmental authorities, from executing, amending, or renewing contracts with a person, firm, or corporation that transports a person into Florida knowing that the person is an illegal alien. The law does allow for exceptions, if the illegal party is being transported for detention or removal from Florida or the United States.

Effective October 1, 2022, all contracts, including grant agreements and economic incentive programs, between governmental entities and common carriers or contracted carriers must include an attestation that the carrier will comply with the new law and a provision for termination of the contract for cause if the carrier violates the new law. Governor DeSantis has directed DMS to immediately develop by rule a common carrier and contracted carrier attestation form.