Father of Fernandina Harbor Marina Emphasizes Its Importance; Provides Criticism and Advice on Moving Forward With It 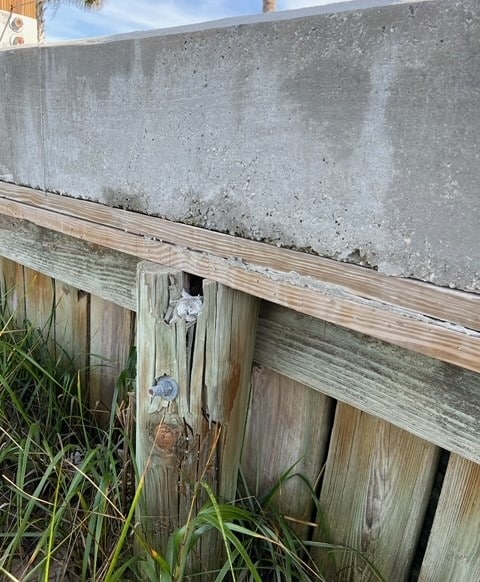 Not everyone understands how important Fernandina Harbor Marina is to the world’s yachting community.  The Saint Mary’s River offers the safest channel on the U.S. East Coast for transit to and from the Atlantic Ocean.  Fernandina’s marina sits less than two miles from this safe all-weather deep water entrance.  Also, the importance of the City’s waterfront in relation to the Intracoastal Waterway cannot be understated.  This is a busy water highway and premier gateway in and out of Florida.  The folks traveling this route spend money in every community they visit along the way.  My first-hand knowledge of these facts led me to dedicate several years of my career bringing my vision of Fernandina Harbor Marina to reality.  None of this was easy.  Early on, the permitting appeared impossible and most doubted my ability to find six million dollars in other people’s money to build the facility.

Now, with the current leases expiring, the City has to decide to either patch up what is worn out on the waterfront or to embark on a whole new grand plan.  My belief is if the City decides to embark on the right grand plan, we might expect the City’s waterfront to become the envy of small cities everywhere. It needs to be a plan that meaningfully addresses both the downtown parking crisis and current and future needs of the marina.  Ideally, it needs to be a plan that does not add to the outrageous debt on the marina and better yet one that does not cost the City taxpayer a single dime.  I provided the City such a plan back in 2017 prior to the repair of the damage caused by hurricane Matthew.  The most important aspect of the plan described how the bulkheads at the marina can be relocated to create valuable new land.  The City owns the land under the water at the marina and, with a permit to mitigate a tiny smidgeon of marsh grass, it can place its bulkheads wherever it chooses.

My plan was ignored by the City Manager. The important common sense ideas presented in the plan were never even brought before the City Commission for discussion. I have over fifty years of experience dealing with the marina and delivered to the City Fernandina Harbor Marina and Brett’s restaurant but alas, I had to realize the City Manager, in his own mind, believes he knows more about everything than anyone else. Ignoring the recommendations in my plan led to the City making more mistakes in the restoration and repair of the marina than can be described in this short missive.  The reconfiguration of the marina’s docks totally failed to address parking crisis at the west end of Centre Street.  Access to some of the docks could easily have been designed to connect to the City’s property south of the boat ramp substantially reducing the parking demand in Lots A and B.  The dockage for Mr. McCarthy’s Amelia River Cruise boats could also have been moved to the south end further reducing the demand for parking at the west end of Centre Street. Tens of thousands of dollars were wasted building the largest dinghy dock in the free world.  It is at least twenty times larger than what could ever be needed by boat crews using the City’s mooring field.  The marina has been operating at near capacity for years and yet not one single provision was made for its future expansion. Wonderful opportunities to improve the marina and the City’s waterfront were simply never considered and overlooked.

Subsequent to the marina repair, I have watched the City continue to stumble. Putting lipstick on a pig is never easy.  Look closely at the picture below of the South Shore Stabilization project.  The timber bulkheads I built nearly forty years ago were never built to be load bearing and are well past their useful life.  Placing heavy concrete structures on these worn out old bulkheads and their broken support pilings guarantees their early failure.  This is an expensive temporary fix and an obvious waste of hundreds of thousands of dollars of City funds.

Try something as foolish as this on your personal property and watch how fast inspectors from the City’s Building Department shut you down.  If the South Shore had been stabilized with new bulkheading at the boundary of the marina, enough new land would have been created for more one hundred new downtown parking spaces.

Perhaps a better example of waste of City funds might be the charge Mr. Martin led to spend $680,000.00 to buy a postage stamp size property at 101 Front Street. This property is not adjoining the City’s property.  The deed to the City for the property indicates it was prepared for the sellers by Mr. Jacobs’ attorney’s office leading to the conclusion, at the time of the sale, Mr. and Mrs. Vuturo were clients of Mr. Jacobs. They now have the taxpayers $680,000. and the City has the property and I wonder for what?  In the six years since this transaction occurred, Mr. Martin has yet to explain why he led the City to buy this property or how he sees it ever being used.

City Hall has wasted tens of thousands of dollars for consultants to prepare plans for its waterfront. All have been completely worthless and have ended up thrown in the trash. I am attaching below a copy of the plan and Report I provided to the City back in 2017.  Unfortunately, many of its recommendations for the planned marina repair are dated and no longer possible to achieve.  No, the plan is not perfect but it can be an important first baby step in the right direction.  It proposes viable solutions to critical City issues including parking, the future cost of dredging, and the ideal marina dock configuration.  Most importantly it provides a plan for the peaceful and shady waterfront park the City’s citizens have been clamoring about for decades.  It also explains how the City can have all of this completely paid for by others which is exactly how the City acquired Fernandina Harbor Marina and Brett’s Restaurant.

If you take the time to read this Report and find yourself saying “no way” then you will be making the same comment made by many others when I first came forward with my plans for Brett’s Restaurant and Fernandina Harbor Marina. For the City’s citizens to have something really special on their waterfront, there first has to be a vision and then a common sense plan.

Bob Allison, a resident of Fernandina Beach, is the father of the FB City Marina