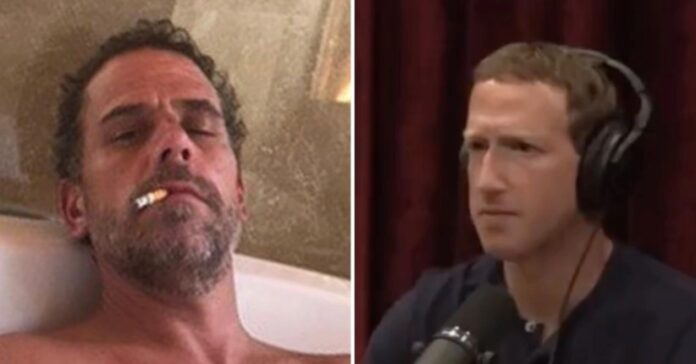 Facebook knowingly and admittedly suppressed news about the Hunter Biden laptop release and its bombshell content before the 2020 election. This was pretty much known when it happened, as this news was out on the blogs and alternative news media before the election. But Facebook and so-called “Mainstream Media” either suppressed it, claimed it was “Russian propaganda (sound familiar?) or demonized the sources, which helped Biden claim to be elected. So it never got to most of the masses in time to make a significant difference in the election.

The FBI knew about the Hunter Biden laptop and its contents long before the election and had plenty of time to properly vet it. They suppressed it for a lot longer than 7 days as Facebook’s Zuckerberg allegedly claimed.

The laptop contents revealed to date show that the Biden son is corrupt, dissolute, greedy and that his father appears to be knowledgeable, even involved and complicit in some of the business dealings mentioned.

Now, it’s coming out in force, with more details. Some representative articles:

Here’s a somewhat biased, hard look at it, or get your own copy: