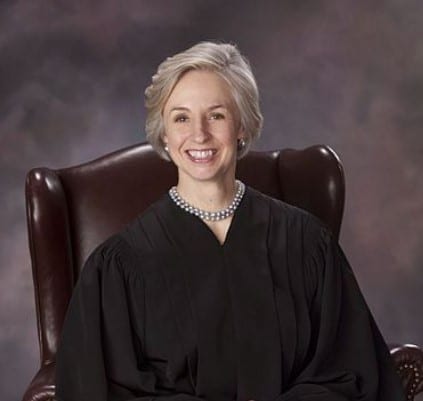 The three California churches that brought forth the lawsuit against California through Alliance Defending Freedom were Foothill Church in Glendora (Lead Pastor Chris Lewis), Calvary Chapel of Chino Hills (Pastor Jack Hibbs), and The Shepherd of the Hills Church in Porter Ranch (Lead Pastor Dudley Rutherford).

While the three Southern California churches were the plaintiffs in the case, Mary Watanabe, in her official capacity as Director of the California Department of Managed Healthcare was the defendant.

The significance of this 1st Amendment case:  Was whether the state can force churches to violate their religious beliefs by requiring them to cover elective abortion in their health plans.

Background: In August, 2014, the California Department of Managed Health Care (DMHC) sent letters to seven private health insurers, directing them to remove any limitations on or exclusions of abortion care services from the health care coverage they offered to various employers, including the churches.

Beth H. Parker, the Chief Legal Counsel for Planned Parenthood Affiliates of California began writing a series of emails in February, 2014 that continued into May informing California’s DMHC that insurance companies were excluding abortion from their coverage for employees at Loyola Marymount and Santa Clara University. Other emails were written by Planned Parenthood California lobbyist Brianna K. Pittman to Lark Park, a policy advisor for then Gov. Jerry Brown and to Donna Campbell, deputy secretary of the Office of Legislative Affairs at the California Health and Human Services Agency.

Planned Parenthood Affiliates of California responded by demanding that the DMHC:

The Alliance Defending Freedom filed an original complaint in the Eastern District of California on Oct. 16, 2015 against Michelle Rouillard, Director of California’s  Department of Managed Health Care for changing the law on Aug. 22, 2014 to mandate that health insurance companies provide coverage for abortions and removed all exemptions from churches and other religious employers.

The original lawsuit states that the churches believe, “as a matter of religious conviction, that it would be sinful and immoral for them intentionally to pay for, participate in, facilitate, or otherwise support abortion, which they believe destroys innocent human life.

“Because federal law requires Plaintiffs to offer health insurance to their employees, the Mandate illegally and unconstitutionally coerces Plaintiffs to violate their religious belief under threat of heavy fines and penalties.”

The churches state in their original lawsuit that they have insurance plans through Kaiser Permanente, Blue Shield, Anthem Blue Cross and Aetna.  To see the original lawsuit go to: https://adflegal.org/sites/default/files/2020-11/Foothill%20Church%20v.%20Rouillard%20-%20Original%20complaint.pdf.

The Key Points for the Foothill Church Case according to the Alliance Defending Freedom:

“Churches have the constitutional right to operate according to their religious beliefs. The government has no business forcing churches to violate those beliefs.”

To read the Aug. 24 ruling made by California’s Eastern District Court go to: https://adflegal.org/sites/default/files/2022-08/Foothill-Church-v-Watanabe-2022-08-25-District-Court-Decision.pdf

“For years, California has unconstitutionally targeted faith-based organizations, so we’re pleased the court has found this mandate unconstitutional and will allow the churches we represent to operate freely according to their religious beliefs,” said ADF Senior Counsel Jeremiah Galus.

“Because Obamacare requires health insurance coverage, and the California mandate requires abortion coverage in any health plan, these churches are truly left with no way to opt out of paying for abortions,” said Galus. “What’s absurd, though, is that the same government that rightfully does not require California churches to pay for contraceptive coverage requires them to pay for elective abortion coverage. Californians should not be forced to choose between following their deepest convictions and submitting to unlawful and unnecessary government mandates.

“Elective abortions are not part of ‘basic health care,’” said Galus. “They have no business being forced into the medical coverage provided by churches that do not wish to support terminating lives due to very real, sincere, and well-known faith convictions.”

The Alliance Defending Freedom (President and CEO Michael P. Farris) is a non-profit legal organization that advocates for the right of people to freely live out their faith. They have represented parties in 14 (played a role in 72) wins at the U.S. Supreme Court, securing over 2,000 legal victories and focus in litigating First Amendment legal cases.

Michael Hernandez, co-founder of the Citizens Journal—Ventura County’s online news service is a former Southern California daily newspaper journalist and religion and news editor. Mr. Hernandez can be contacted at [email protected] and is editor of “America: The End and Our Hope”.