Did Donald Trump Say to “Eliminate the Constitution?” 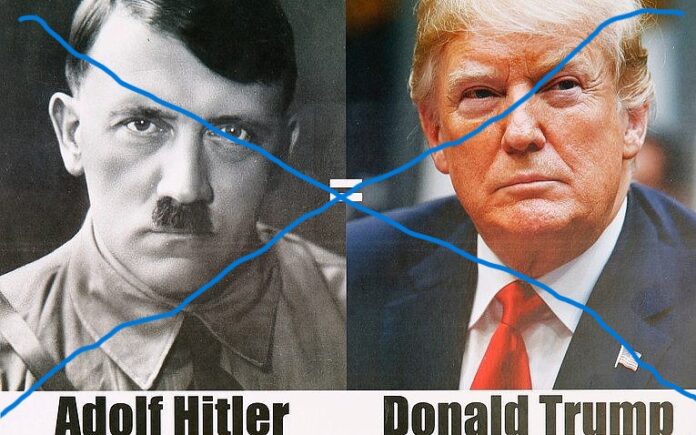 The Left has unleashed a hysterical barrage of rhetoric accusing Donald Trump of advocating suspension of the Constitution, condemning him and claiming it is a reason why he can’t run for office again. It is all over the Leftmedia. RINO’s and fair weather friends are already condemning him for something he didn’t do, but what else is new?

I have been looking at Trump’s Truth Social page where he makes his posts and simply haven’t seen such a posting.

My take on that was that the fraud cited is what he thinks would terminate the Constitution, not Trump. It could have been more artfully worded, but it is a great stretch to spin that into something like “BREAKING: Trump is Hitler suspends Constitution.” Is this more in the vein of “Russia, Russia, Russia? I tire of this as I do of rubes who get sucked into believing crap like this, over and OVER again.

Then, his rebuttal gets translated by the Left into “he tries to walk it back.” Jeez, stow it, folks.

The Fake News is actually trying to convince the American People that I said I wanted to “terminate” the Constitution. This is simply more DISINFORMATION & LIES, just like RUSSIA, RUSSIA, RUSSIA, and all of their other HOAXES & SCAMS. What I said was that when there is “MASSIVE & WIDESPREAD FRAUD & DECEPTION,” as has been irrefutably proven in the 2020 Presidential Election, steps must be immediately taken to RIGHT THE WRONG. Only FOOLS would disagree with that and accept STOLEN ELECTIONS. MAGA!

While I’m no big fan of Trump’s personality or delivery, I was very grateful for the major policies he put in place and was working on. He was the greatest anti-Globalist advocate since George Washington. Still is, I guess. But, I’m not enamored of his obnoxious personality or the plethora of deep state appointees he placed his trust in.

Anyone with a memory longer than a mayfly’s knows that Trump was a darling of the Left, UNTIL he walked down that escalator in Trump Tower in 2015 and became a Republican candidate for President.

The real reasons that the Left, Deep State, Globalists and RINO’s are going after Trump are because he is more America First, free market, free enterprise and virulently anti-Globalist- their powerful opposite and nemesis.