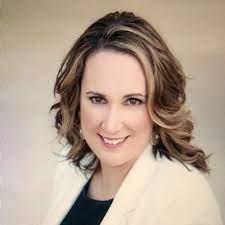 My name is Emily Nunez and I am a Florida-First Conservative running for State
House in Nassau County. After graduating from high school, I enlisted in the Navy and
served my first tour of duty in Atsugi, Japan with Fighter Attack Squadron VFA-192. I
was then selected to join the prestigious Navy Flight Demonstration Squadron Blue
Angels in Pensacola, Florida.

After serving for six years as an enlisted sailor, I was then selected for the Seaman to
Admiral (STA-21) officer commissioning program – after which I joined the United States
Marine Corps achieving the rank of Lieutenant before returning home.

I am currently a Chartered Retirement Planning Counselor assisting small businesses
with designing, implementing, and managing qualified retirement plans throughout
Florida. I am also a contributing author for OpsLens Media Group and a senior
researcher for FloridaDaily.com.

To be clear, I am not a politician. I was a soldier, so I will be clear and straight to the
point: I am running for State House because I truly believe the people of this great state
are SICK AND TIRED of Radical Socialists and WEAK RINOs in Tallahassee. We are
sick and tired of politicians not being held accountable for the values they campaign on
or to the people they represent. Corruption… back-room deals… false promises.

People are tired of the same-old story. WEAK RINOs who wave the flag at election time
and say they are pro-God, pro-life, and pro-gun and yet once elected, allow God to be
taken out of the classroom… allow unborn babies to go without a voice to protect
them… and let our Second Amendment rights go undefended. The excuses are always
the same, “We cannot go against leadership’s agenda” or “Now is not the right time for
that bill”.

Well, I am here to tell you, HEAR and NOW, it is ALWAYS the right time to STAND UP
for our God-given and inalienable rights!

As a veteran and former officer of the Marine Corps and Navy, I promise you that I will
ALWAYS put my country and my state first. Our rights, given by God, and codified in the
Constitution, will always be my first priority.

Speaking of priorities, here are mine:

The Right to Life is non-negotiable, the unborn will no longer go without a voice, one
which I will provide in the State House. I will work to pass the Heartbeat Bill, and make
sure that the constituency of any Republican that does not support this bill knows about
it.

The Right to Keep and Bear Arms is an inalienable and God-given right. A Right that
due to our nature as a free people, cannot be restricted, reduced, or restrained by the
laws of man. We need to BAN Red Flag gun laws, reinstate due process at all levels,
and PASS CONSTITUTIONAL CARRY IN FLORIDA NOW!

Over the past decade, I think many parents were caught sleeping when it came to what
was being taught in the classroom. Critical Race Theory, multiple genders, that men can
play in women’s sport and physically change their biological sex. It was and IS
absolutely appalling. With that being said, parents should have more say in how and
where their children are educated. That is why we need SCHOOL CHOICE NOW in
Florida. American Values in American Classrooms!

These are just a few of what I plan to achieve, election integrity included, but if you ever
find yourself asking “What does Emily Nunez stand for?”, it can be summed up very
easily in the term… Florida-First.