Can the LGBTQ+ Community Safely Vote? 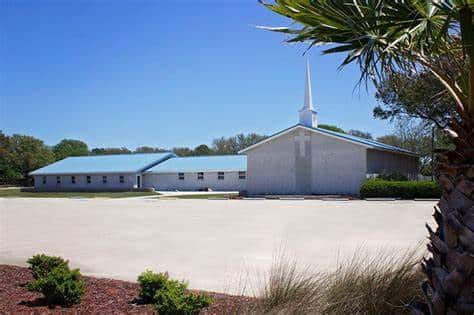 I’ll be honest. I wasn’t thrilled with the idea of our city commissioners declaring June Gay Pride Month. I read the article on the front page of the News-Leader on Wednesday, June 29, 2022, titled “Church espousing anti-gay language will be polling place”.

The church in question was Lighthouse Baptist Church. The so-called “anti-gay” language was “shame on the Fernandina City Council (S.I.C.) – Prov. 10:28”. The biblical passage referred to there is “The hope of the righteous will be gladness, But the expectation of the wicked will perish,” which applies to all wickedness and leaves the consequences up to the Lord.

I learned a long time ago playing the blame game gets nothing accomplished, so we won’t be going there. As a Christian, I know very well that we as Christians are called to speak up and take a stand calling out our public officials with whom we disagree when we feel our Judeo-Christian values are not being represented by those we elected. It’s our duty as Christians and our right as a Citizens of these United States. I would have it no other way.

I’m appreciative of those Christians in authority having the courage to speak to issues they think need to be addressed. It takes courage and conviction to stand against the norm. So I applaud pastors with the breadth and depth of character to speak out when necessary, setting aside their personal welfare.

Everyone Should Be Safe

While at the same time, as a Citizen of the United States, I believe that every Citizen has the right to cast their vote and feel safe while doing it, and I will defend that right no matter who you are and without consideration as to whether or not we agree on any or all issues. Your vote is as important as mine, and it must be cast, and you have every right to feel safe at your polling precinct.

Christians are commanded to “love thy neighbor as thyself” and to pray for those with whom we are at odds. The commandment to love thy neighbor as thyself is not a superficial love. It is unconditional love, the kind that a parent has for a child, even when they vehemently oppose one another. It’s in disagreement that unconditional love proves its worth. Because unconditional love is more powerful than disagreement, I feel completely justified stating that the LGBTQ+ community should feel safe casting their vote at any church which has chosen to open its doors to the public in support of our Constitutional right to vote.

But if not, fortunately for Fernandina, Florida statute 102.031 is already in place to handle such incidents as the one our small town could be faced with right now. The statute states and I quote: “Florida statute: 102.031 Maintenance of good order at polls; authorities; persons allowed in polling rooms and early voting areas; unlawful solicitation of voters.—
The sheriff shall deputize a deputy sheriff for each polling place and each early voting site who shall be present during the time the polls or early voting sites are open and until the election is completed, who shall be subject to all lawful commands of the clerk or inspectors, and who shall maintain good order. The deputy may summon assistance from among bystanders to aid him or her when necessary to maintain peace and order at the polls or early voting sites.”

I pray these two facts will help put the people of the LGBTQ+ community’s minds at ease and help them to understand that although we may have fundamental differences, our responsibility as Christians and as Citizens is to see that all our rights are ensured. By doing so I pray that one day the LGBTQ+ community can be counted on to stand with us when we could be faced with losing constitutionally protected rights that we hold dear. Rights such as to teach the Bible, to worship our God and pray in the name of our savior and Lord Jesus. Today you want to feel safe casting your vote, and I stand with you in your pursuit. But one day, we Christians may need you to stand with us. I ask, will you?

Staci McMonagle is a native of NE Florida and has lived in Fernandina Beach for over 20 years, having worked here in the hospitality industry for 15 years. She has been on the board of Young Life and served on the InterFaith Dinner Network (helps homeless & indigent). She is a candidate for City Commission Seat 5. See her Facebook page @stacimcmonagleseat5