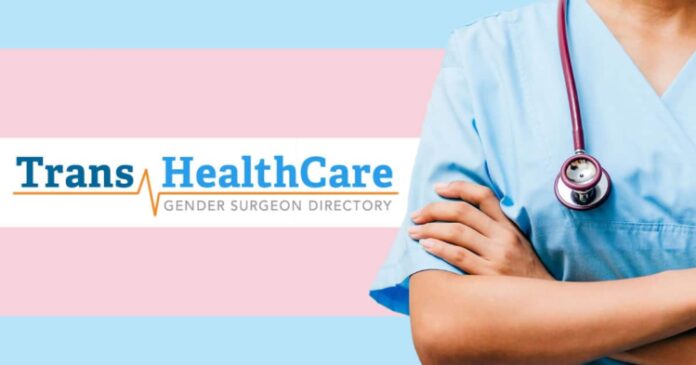 A recent report from Florida Medicaid, requested by the Secretary of the Agency for Health Care Administration (AHCA), concluded that “gender-affirming” treatments for individuals struggling with gender dysphoria — from puberty blockers to surgeries — are not proven as “safe or effective” treatments but are “experimental and investigational.” “Studies presenting the benefits to mental health, including those claiming that the services prevent suicide, are either low or very low quality and rely on unreliable methods such as surveys and retrospective analyses, both of which are cross-sectional and highly biased,” the document reads in part. It was revealed last week that Florida is barring Medicaid from covering transgender procedures — a rule which will go into effect August 21.

Florida is prohibiting Medicaid from covering transgender procedures — from puberty blockers to surgical procedures — per new rules added by the Florida Agency for Health Care Administration. The new rules outlined by the Sunshine State will take place August 21. The program will not cover what radical leftists have dubbed “gender-affirming” treatments for individuals struggling with gender dysphoria. That includes hormone therapy, surgical procedures, and puberty blockers. This decision comes two months after a Florida Medicaid report requested by the Secretary of the Agency for Health Care Administration (AHCA), which concludes that so-called treatments for those with gender dysphoria — from gender reassignment surgery to hormone therapy — are not “safe or effective” but fundamentally “experimental and investigational,” as Breitbart News reported:

The California Department of Education prepared a resource list intended for students, teachers, and families that included multiple clinics that offer sex change surgeries and other medical interventions. The California Department of Education’s resource list, titled “LGBTQ+ Resources: Region 4 – Bay,” specifically advertises resources in seven different counties in California’s Bay Area. The site, archived here, advertises MarinHealth, a clinic that offers “gender affirmation surgery.” The list of operations they perform includes “top surgery,” phalloplasty, vaginoplasty, breast augmentation, and facial feminization. MarinHealth also has several podcasts where they discuss some of these procedures. The clinic has at least 12 different staff members who perform or facilitate these surgeries. MarinHealth does not explain what ages they are willing to operate on.  MarinHealth was just one of the medical establishments that aids in sex changes and was featured on the California Department of Education’s list. The University of California San Francisco (UCSF) Child and Adolescent Gender Center was also listed. Breitbart News previously revealed that Dr. Stephen Rosenthal, the director and cofounder of the Child and Adolescent Gender Center, was one of several doctors who aids sex change attempts and has received compensation from pharmaceutical companies that manufacture puberty blockers. The center accepts patients between the ages of 3 and 17 and offers “comprehensive medical and psychological care, as well as advocacy and legal support, to transgender, nonbinary and gender-expansive kids.”

During the Overtime segment of Friday’s broadcast of “Real Time,” host Bill Maher said that some of the increased funding for the IRS in the Inflation Reduction Act will be used to audit middle-class taxpayers.Author, Commentary Magazine Editor, and MSNBC Contributor Noah Rothman…said, “To audit middle-class taxpayers.” Maher responded, “Right, which, some of it will.”

North Dakota School Board nixes Pledge of Allegiance as “not inclusive”

The pledge has now been nixed from school board meetings in Fargo, North Dakota. Ben Kesslen reported for the New York Post on this move against the pledge by the members of the school board: “Board member Seth Holden said that because ‘the word “God” in the text of the Pledge of Allegiance is capitalized … the text is clearly referring to the Judeo-Christian god and therefore, it does not include any other faith such as Islam, Hinduism, Buddhism, all of which are practiced by our staff and students.'” Kesslen adds: “[Holden] claimed he is not against the Pledge itself, but that it can’t be said in a school committed to diversity, equity and inclusion.”

A school district in California has reversed its mask mandate for students after a video taken by a parent went viral showing his four-year-old special needs child being escorted out of the building by a principal. According to reports, the boy became upset and “inconsolable” for hours after being led out of the school and prevented from attending classes without a mask. BizPac Review notes: In the video which was recorded by the child’s father, the boy is seen trying to enter Theuerkauf Elementary School in Mountainview, California when he is prevented from gaining access by a woman who has been identified as Michelle Williams, the school’s principal. The video clip also shows the child being escorted out of class by Williams who cites the mask policy of the Mountain View Whisman School District as well as an explanation from the school’s resource officer. Mountain View Whisman School District Superintendent Ayinde Rudolph announced the following day, the mask mandate would be rescinded and that donning one would become “optional.”

“…God created man in His own image; in the image of God He created him; male and female He created them. Then God blessed them, and God said to them, ‘Be fruitful and multiply; fill the earth and subdue it; have dominion…over every living thing that moves on the earth.” (Genesis 1:27-28).

“Then David said to the Philistine, ‘You came to me with a sword, with a spear, and with a javelin. But I come to you in the name of the Lord of hosts, the God of the armies of Israel, who you have defied.” (1 Samuel 17:45)

“…the Lord does not save with sword and spear; for the battle is the Lord’s and He will give you into our hands.” (1 Samuel 17:47)

“And even now the ax is laid to the root of the trees. Therefore, every tree which does not bear good fruit is cut down and thrown into the fire.” (Luke 3:9)

(Editor’s Note: Michael Hernandez is editor of “America: The End and Our Hope” and can be contacted at [email protected]. Mr. Hernandez is co-founder of the Citizens Journal—Ventura County’s online news service and is a former Southern California daily newspaper journalist.)