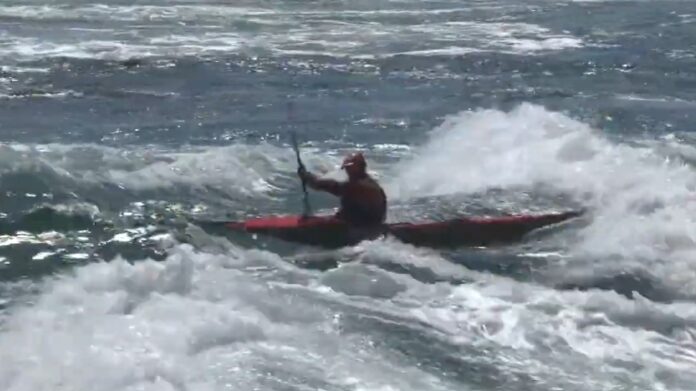 “These days, when they say something is ‘very unlikely,’ that is wokecabulary for, ‘it’s almost certainly true’.” — Jeff Childers (the Coffee & Covid blog)

So many calamities, quandaries, and mysteries swirl in the zeitgeist these days that life in the USA feels like swimming against a rising tide of poisoned guacamole. Nothing has been able to stop that green spewage from the political Left, especially as it desecrates our very language to turn everything up, down, and everything inside, outside. You end up drowning the consensus about reality under the muck. Now, finally, there are political forces gathering to oppose all this deliberate malice and deceit and they will need something like a fire-hose to clean the joint up.

The outstanding feature of this political illness has been the utter lack of accountability for gross insults against the public interest — that is, things that really matter. As Congresswoman Ilhan Omar once put it so obliquely, “some people did some things.” Yes, people are at the bottom of all this mischief against the country and none of them have had to answer for any of it yet. Will it matter if they do? It may not correct all the disasters of recent past years, but it may prevent more disasters ahead as the nation struggles with epic changes to the business model for running everything in this land. Some people will have to do a lot of things to straighten out our agenda.

Everyone is aware by now that the new Congress is assembling several committees to attempt just that. One is the aptly-named panel on the Weaponization of the Federal Government. That’s an excellent name for it because the officials running the engines of state have carried out a war against the people. It is, after all, supposed to be a government of, by, and for the people, not a government against the people. Where to even start?

Former US attorney and chief-of-staff to the SecDef, Kash Patel, had a good idea: start with the latest insult to the country. Haul in the newly-appointed special counsel assigned to the “Joe Biden” purloined document scandal. His name is Robert Hur. He was a top aide to Deputy Attorney General Rod Rosenstein at the height of RussiaGate, and liaison to the Robert Mueller operation. Mr. Hur participated in filing falsified warrants based on Steele Dossier nonsense to the FISA court. He should have been accountable for that. He’s not fit to serve as any sort of legal arbiter in a national scandal. He was not appointed to shed any light on the issue, but to bury it under a load of procedural horse-shit, in particular, the dodge that questions about “ongoing investigations” can’t be answered. Let’s disarm that weapon from the get-go. And why not appoint Mr. Patel chief counsel to the Weaponization of Government Committee?

Another person who must answer right away is CDC Director Rochelle Walensky because her agency is still aggressively pushing mRNA shots strongly implicated in causing injury and death among the American people. There are no more obvious weapons against the people than these deadly products retailed by Pfizer and Moderna. The government’s “vaccination” crusade has to stop ASAP. Not one more dose of the stuff should be given to anybody. An audit needs to be run on the CDC’s data base to determine exactly how it was manipulated to hide the facts about “vaccine” injuries and deaths.

The public should also hear why Ms. Walensky’s CDC promoted “incentive payments” to hospitals for each patient who died testing positive for Covid-19 (not necessarily from Covid-19). The payments per patient ranged wildly, state by state from $18,000 (NJ) to a whopping $471,000 (WVa). Why was that? The payments amounted to a bonanza for hospital administrators, who were incentivized not only to misattribute cause-of-death — the proverbial motorcycle crash victim who tests positive — but to let people die on ventilators.

The Weaponization of Government Committee might also subpoena FDA Commissioner Robert M. Califf and his two predecessors during the Covid-19 event, Janet Woodcock and Stephen Hahn. The country needs to hear what they knew about the operation that produced the “vaccines” with such astonishing speed — as if these products were somehow in development before Covid-19 even appeared on the scene. They also need to answer about the shenanigans behind the following: the fudged and expedited “vaccine” trials; the demonization and virtual outlawing of existing safe and effective FDA-approved drugs for early treatment, ivermectin, hydroxychloroquine and other meds; the promotion of toxic remdesivir as a primary therapy for C-19; and the initiation and extension (for three years) of an emergency use authorization that shielded the drug companies from liability while injuries and deaths mounted.

Obviously, there are many other channels of inquiry waiting to be explored in the government’s war against the people, especially the lingering questions about election interference and the official censorship of news. The excellent writer who goes by Sundance at The Last Refuge website made some capital suggestions for going forward with these inquiries: one is to rely primarily on witness testimony rather than on documents that federal officials will surely do everything possible to hide. Don’t turn this into a futile battle over the docs. Let’s just hear what the people-in-charge have to say. Secondly — and this may be hard for many angry, injured people to swallow — immunize witnesses against prosecution, to give them no incentive to hide what they know, what actions they carried out, and who told them to do it. Give them this immunity, Sundance wrote, in the interest of maximum transparency — because punishment of these characters is less important than showing the people of this country how far off the rails we have gone, and how to get back on. It may not be optimally satisfying, but it’s an argument worth pondering.