A Woke Christmas Circa 2022 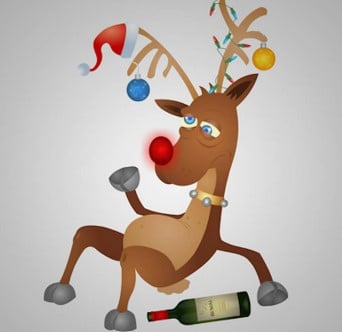 Things are rosy for Democrats as 2022 comes to an end. Overly sensitive Progressive Wokes, still basking in their glory for retaining their majority in the U.S. Senate, are in a state of exalted euphoria.  Their amnesia from reality is expected to last until November 2024.

With President Biden likely to retire, they can choose from such great choices as VP Kamala Harris, Bernie Sanders, Elizabeth Warren or Gavin Newsom to fill his empty suit. On all levels, woke candidates appear ready to dominate the Democratic Party landscape.

Meanwhile, The P.C crowd prefers to use the vanilla description of “Holiday Season” to chronicle the time in America when families traditionally gather to celebrate an event that occurred over 2000 years ago in the little town of Bethlehem.

Many wokes prefer to ignore this iconic moment in favor of worshipping the agnostic world of climate change. They look forward to a new planet where objectionable history is canceled.  At the same time cheeseburgers are to be banned as cows are responsible for global warming.  Individuals such as Elon Musk are to be eliminated from corporate culture in favor of a Diversity Council calling the shots

This year is real special in California as Gavin Newsom hopes enough Covid cases will crop up so he can shut down all churches, synagogues, and other places of worship in the Golden State once again.  Joy to the World is being sung as God along with thousands of jobs are being deported to other States.

Worshipping the son of God is outmoded for almost the entire P.C. crowd. It is being replaced by Divinity Profiling.  Under this enlightened system The State will take responsibility for the well being of all.  Single family Homes will be replaced by apartments/barracks as families will transition to being a thing of the past.  As part of this bold new world, the task of raising children will revert to the State.

Needless fights at family gatherings will be averted as families will become a thing of the past. As part of this utopian world, anarchists, Marxists, ISIS, and the Taliban will no longer feel they are being discriminated against?

Divinity profiling will promote the concept Big Government is the answer to all that ails us. Instead of praying for the health of Mom and Dad, homage is to be given to Big Brother.

How great a pronoun free world might be where Santa is no longer associated with being a man.  Mrs. Klaus might even be transgender and the reindeer would all be bisexual.  No changes are needed for Santa’s little helpers as they always have always been a little bit peculiar.

P.C. minded   4 year old children might enquire “Can I sit on the weight challenged ones lap?”

In a perfect society would it ever be possible to allow “chestnuts roasting on an open fire” when such am activity  is  clearly in violation of creating toxic fumes on Spare the Air day?

In government run schools, Christmas vacation is to be substituted by having a Winter Reset Even then this year with remote learning in place; most kids have effectively been off for four months.  Everything is virtual from Christmas trees to theft as there are no longer penalties in place for shop lifting.

Christmas cards are old school as a Tweet will suffice in this Holiday season.  The Pledge of Allegiance and the National Anthem are passé; taking a knee is cool while bad music still wins Grammies.

Christmas parties with the family have been banned as Gavin Newsom has deemed this get together to be a health risk except when he attends a shindig at the French Laundry. “If only we could encourage folks to mingle in groups of 2 ½ people or less for dinner while not mentioning the dreaded “C” word”, The Governor lamented

Even sex between consenting adults is being relegated by Governor Newsom to the scrap heap. Official government policy advocates unmarried people over 14 years of age during Covid-19 to only engage in a Ménage de Uno for health purposes.

To further assist in directing public behavior, A Progressive Holiday Guide was put out by the Democratic Party Central Committee.

Apparently they plan to swap older versions of Rudolph the Red-Nosed Reindeer in favor of a more P.C. one.  The authorities are uncomfortable with this tale of heroic deeds performed by a mindless four hoofed creature having a male surname.

“First of all referring Rudolf to be Red-Nosed is an obvious attempt to glorify this Republican animal; although giving him a blue nose might indicate climate change occurring at the North Pole. According to the memo on ethics standards published by The Department of Homeland Security “Depicting Rudolph to be a male is an obvious attempt to inflict racism and white supremacy on society.”

It is also painfully obvious that Rudolf was a victim of bullying from his reindeer colleagues. After carefully evaluating the medical condition that led to Rudolf having a red noose, it is apparent that he had a drinking problem caused from consuming too much spiked eggnog during the holiday season.”

Whether the actions of those who teased and played cruel jokes on Rudolf could be construed as a “ “hate crime”, has led  Rep Adam Schiff  to recommending  a Special Prosecutor  be appointed  in late December (after unwanted gifts are exchanged) to  investigate Rudolf’s plight.

Also under consideration is filling a complaint for Rudolph under the American’s with Disability Act. It is widely known that the intellectual capacities of the red nosed one is a bit short of a six pack.

At this juncture it uncertain if the story about Rudolf will be permanently is altered or if it will be cancelled along with George Washington, Thomas Jefferson, Abraham Lincoln, and Christopher Columbus.

One never knows what is in store for this year’s Woke Christmas.

Richard Eber studied journalism at the University of Oregon. He writes about politics, culture, education restaurants, and was former city and sports editor of UCSB Daily. Richard is president of Amerasa Rapid Transit, a specialized freight forwarder.

The views and opinions expressed in this commentary are those of the author and do not necessarily reflect the official position of Citizens Journal.