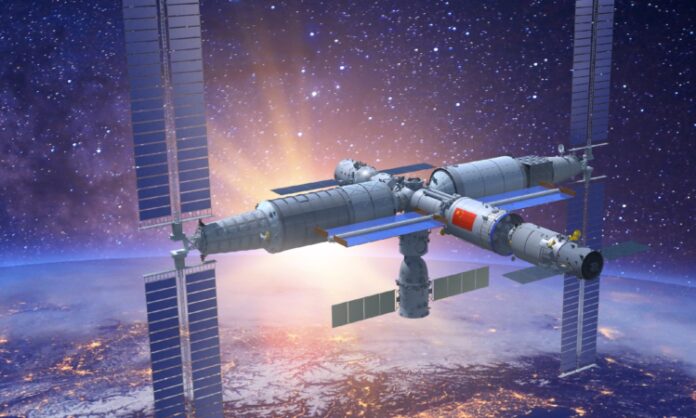 This is Frank Gaffney with the Secure Freedom Minute, 11-4-22

Communist China announced this week that it had put into place the last section of its space station. It should be a “Sputnik moment.”

Unlike the aging one the United States built with help from, among others, the Kremlin, the Chinese version will be first and foremost a military platform with a patina of civilian use.

China’s space station will also be a building block for an ominous next phase of newly coronated Emperor Xi Jinping’s colonial buildout. Within the next few years, the PLA plans to establish what amounts to one or more outposts near the moon’s strategic southern pole.

Expert Richard Fisher warns that these steps are among those being taken to assure China’s domination of “the earth-moon system,” a capability that would enable it to project power decisively onto our planet. Will those we elect next week allow that?

This is Frank Gaffney.

Was this forwarded to you? Sign up HERE to receive the Secure Freedom Minute every day in your inbox.