A Closer Look at the Texas School Shooting 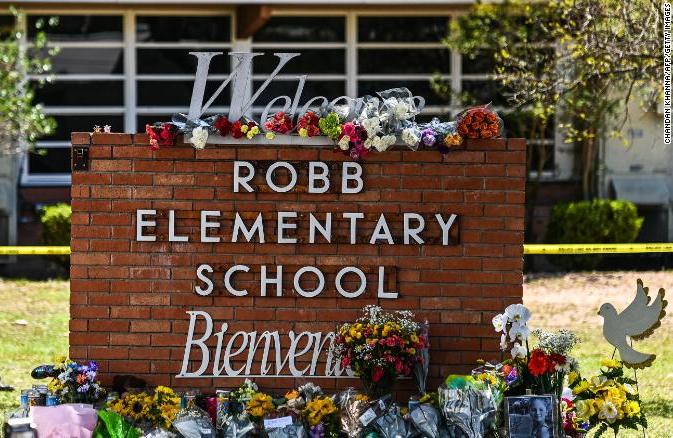 Another tragic act of violence shakes our country. Is our society descending into chaos and immorality? Can you imagine losing your little boy or girl at the beginning of their blossoming life? Let us pray for the families who are suffering. Let us pray for peace and sanity.

Isn’t it strange though, that it has taken so long for some of the details of this horrifying event to be disclosed? Don’t we have journalism in this country anymore? For example, I just read that police stayed outside the school for over an hour, refusing to enter and confront the gunman. Police physically prevented parents who wanted to storm the shooter from going in to save their kids! A police spokesman is depicted in a video saying that some police entered the school to remove their own kids and failed to confront the gunman. (See report with videos) https://www.zerohedge.com/political/go-there-distraught-parents-begged-texas-cops-enter-school-gunman-inside-hour

I have to wonder about the timing and location of this shooting. In Texas? Right where the NRA’s annual meeting is to be held this weekend! What are the chances? There are after all, 50 states. You have to look and say “hmmmmm”. It is just too perfectly timed and positioned to intimidate political figures who were scheduled to speak there. The next step will be to demonize all those who believe in Liberty and self defense. Is it coincidental? Other false flags or staged incidents have occurred with propitious timing. Does the leak of the supreme’s abortion vote fit this profile? They seem designed to incite the left’s base. Remember, “never let a good crisis go to waste”. Do you trust our government and those who control it? Do you trust our so called legacy media? I, for one do not. It is another tragedy that our government, and whatever powers orchestrate it’s doings have eroded trust to the point that questions must be asked. I am troubled by the loss of my government’s credibility.

Why would they do this? It has been observed that the Dems are in serious trouble at the polls this November. Maybe it’s the defeat and humiliating retreat from Afghanistan that left a massive cache of advanced weapons in the hands of the Taliban? How about millions of illegal, unvetted aliens entering the country over the southern border, which this administration has chosen not to defend? How about $4.60/gallon gas along with diesel shortages? How about inflation forcing families to choose between paying for food or rent? How about sending $50 billion into the corrupt, NAZI-controlled, money laundromat (at least for some people) of Ukraine while US mothers can’t get baby formula? And if all this isn’t enough, the announcement that troops are now permitted to demand transfers if local laws are not favorable to their sexual identity!

Those are just some of the things that jeopardize the Dem’s chances in the November elections. There are plenty of things they need you to be distracted from. The campaign badly needs a jolt to energize the demoralized base who are struggling to defend the many bizarre and destructive actions emanating from this administration and Congress. How will we ever get them to the polls to avert the impending bloodbath? We could start by igniting the left’s gun hysteria.

My suspicion that something is fishy with the timing of this event may be more well-founded than you think. Remember that the COVID “pandemic” was preceded by predictions of its arrival by Bill Gates, Fauci, and other insiders? Even to the extent that they held a “simulation” just months before? Turns out they were implicated in financing its “gain of function” research. What about the new monkey virus? I read that they held a tabletop exercise on that last year. It is not at all beyond belief that “the powers that be” conduct events to distract us and steer the populace in the direction they want us to go, using fear and mis-direction. Many of the “conspiracies” that occur seem to have FBI informants and agents among those provoking the staged events. For example, there are many unexplained actors, as well as Capitol Police that opened doors, and exhorted others to enter the Capitol on January 6th. The fallout from this event intimidated many of those who were planning to protest the certification of Biden’s “election”. Mission accomplished. Look where that got us.

Here are a few events that might have created mistrust of Government:

Increasingly over the past years, our inattention and naïveté have allowed government to become an unaccountable Frankenstein monster that plods along, destroying everything in its path. The US now sweats under an unpayable $30+Trillion in debt. The Fed continues to print and borrow, destroying the purchasing power of our savings. They continue to pursue permanent wars, enriching the defense industry and raining death and destruction on thousands of innocent people. Laws continue to be legislated that eviscerate the Bill of Rights. Are we to trust our government? Have you become immune from the train of abuses? It is time for a sleepy populace to awaken.

More details and testimony will continue to emerge from this tragic event. This incident is one of many that justifiably warrants Citizens’ suspicion. Our government has earned this reputation and is now forced to regain our trust, if that is indeed possible. These are trying times.

Michael Miller, A retired fire Lieutenant/EMT from NY has been in FB for 8 years.  He is a Sailing Captain and Instructor for Windward Sailing.  He dabbles in theatre, photography, geopolitics and markets.  Look for his writing here and at: https://firesail.substack.com

Get Citizens Journal Bulletins Free!
Donate to Keep Us Publishing!
Share
Facebook
Twitter
Pinterest
WhatsApp
Previous articleNassau School Board Sessions are Backwards and Confusing: “A Guy is a Guy Wherever He May Be”- “Not So” Says the Left
Next articleJAX Airport Expansion Plans