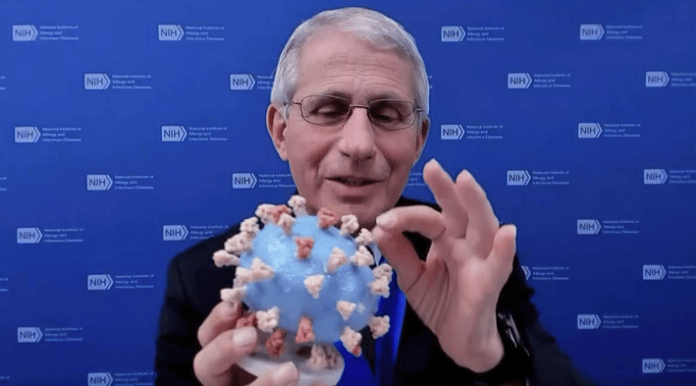 Good morning, C&C; it’s Monday! Unfortunately, I am feeling a little under the weather this morning. It is NOT covid. Probably. Anyway, you just get a mini-roundup this morning, to tide you over till tomorrow.

💉 A new research letter published on August 3rd in JAMA’s Network Open titled “Rate of SARS-CoV-2 Reinfection During an Omicron Wave in Iceland.” The letter describes the results of a new study of reinfections during the Omicron wave (December 1st 2021 through February 22nd 2022).

The researchers were surprised by two things. First, they found higher rates of reinfection than they expected. But second, among the study group of about 12,000 previously-infected icicles, I mean Icelanders, they were shocked to find a statistically-significant correlation between jabs and reinfections.

Specifically, they found that people with 2 or more shots were the group with the highest chance of being reinfected with covid. The researchers wrote, “Surprisingly, two or more doses of vaccine were associated with a slightly higher probability of reinfection compared with one dose or less.”

That’s not good news for the jabs! At minimum, it suggests something about the shots makes them do the exact opposite thing they were originally intended to do.* At worst, it reinforces other studies appearing to show something about the mRNA shots is weakening recipients’ immune systems, so-called “VAIDS.“

(* yes, yes, I know they moved the goalposts. That’s why I said ORIGINALLY intended.)

Oh well. It’s probably just an anomaly! Any day now we should start seeing all the studies about how GREAT people are doing after getting all those shots. Keep hope alive, and get your booster.

🦇 Judicial Watch says it got a batch of documents from the NIH recently showing the FBI was investigating Fauci and the NIH in 2016, over grants made to the Wuhan lab, and whether they involved “gain of function” research.

The documents also suggest that the FBI was interested in EcoHealth Alliance’s failures to comply with data reporting rules related to the Wuhan lab grants.

Don’t get your hopes up. In an April 2021 letter, Peter Daszak wrote to the NIH’s compliance office saying that “we recently confirmed there are no pending investigations” of EcoHealth. So, something must have changed after the new Biden Administration took over. Weird.

Judicial Watch also noted that in 2021, officials at the NIH asked EcoHealth Alliance to “Provide [a sample] of the actual SARS-CoV-2 virus that WIV used to determine the viral sequence.” But Daszak responded that it would be “effectively impossible” to request such a sample. So apparently nobody could get a viral sample, not even the NIH, at late as April 2021. Lots of people were canceled as conspiracy theorists for suggesting we’d never seen an isolate of the virus.

Not only that, but when rat-face Fauci testified before Congress, he mocked as hilarious the notion that the NIH had funded any gain-of-function research. What nonsense! Preposterous! But at the time, Fauci must have known about the FBI investigation. Some people thought there were gain-of-function problems. So I’d call that lying.

Maybe I should say, still lying, or lying again. How that man still has a job is another covid mystery.

If you want to read more:

🔥 Jim Jordan said this weekend that fourteen (14) FBI whistleblowers have contacted his office with information about corruption and politicized law enforcement inside the agency. That seems like a lot. God bless them if it’s true.

Of course, hearings on the whistleblowers’ information must wait until Republicans are in the majority in the House, which hopefully will be soon.

🔥 Governor DeSantis commented on the Biden Raid this weekend at a Turning Point event, and made all the right points.

He enumerated the FBI’s many recent failures, including pointedly asking, “Is the FBI out there protecting our conservative Supreme Court Justices? No! … They’re enforcing the law based on who they like and who they don’t like.”

It sure does look that way.

🔥 Corporate media is trying to find a sunny side. They’re trying out a new narrative, which is that the Biden Raid was a political win for … Joe Biden! The narrative suggests that Biden is playing four dimensional chess, and his Raid on Mar-a-Lago was a strategic victory because he’d prefer to run against Trump, instead of Ron DeSantis. Since the Raid has boosted Trump’s polling among Republicans against DeSantis by at least +10, the theory goes that Biden’s excellent strategy worked.

The problem is, I can’t see Biden playing checkers, much less 4D chess. But they are firefighting, and in a crunch you have to work with the equipment that you have, not the hair-sniffer you wished you had.

📊 *COVID IN FLORIDA AND ALACHUA COUNTY* 📊

I’ve missed an interim report, but I the covid numbers in Florida continue to drop, as expected for this season. New “cases” for the most recent weekly period were down to 54,000 from 74,000 for the week ending July 22nd. More interesting were the booster statistics, were are at all all-time low since I began tracking them, with only 30,415 doses given statewide during the most recent week.

Boosters have been trending down as covid numbers wane. It will be interesting to see whether they pop up when the Fall wave comes around.

Have a magnificent Monday! I’m going back to bed. But I’ll be back tomorrow with a full update. Almost certainly.

C&C is moving the needle and changing minds. If you can, I could use your help getting the truth out and spreading optimism and hope: https://www.coffeeandcovid.com/p/-learn-how-to-get-involved-